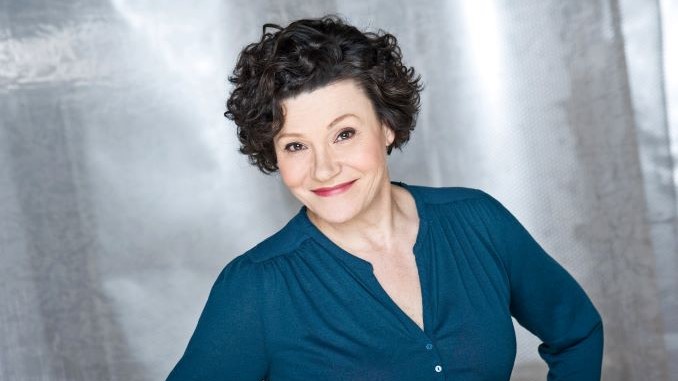 Alex Dallas knows the festival fringe circuit. The festival circuit certainly knows her. With over 150 festivals under her belt worldwide, she’s been unofficially recognized as the “Queen of the Fringe.” Her latest show Horseface is a well-crafted, well-acted response to the #Metoo movement.

An autobiographical premise, Horseface begins with Dallas’s awkwardness of meeting ‘a manspreader,’ a man sitting with his legs too far apart on the train, which becomes an intrusion into her personal space. This event unlocks an hour-long monologue backward and forward in time in which Dallas conveys all the experiences in her life with men who have behaved inappropriately, unethically, and sometimes criminally.

There’s her father, outwardly prim and proper, the kind of gentleman who remains standing until a woman has taken her seat. Alex Dallas discovers his secret collection of alphabetized and methodically curated porn. There’s the dentist she dates who “presumes” way too much in the realm of intimacy. There’s the groping teacher. In fact, there are many random gropers in this story. And then there’s the “wolf” she lets into her life who becomes a danger to Dallas and her daughter. I won’t spoil it, but one of the neatly structured moments of this piece is where Dallas’s private experiences connect with the macrocosm of the #Metoo movement, the moment where it all publicly started.

Because of the content, the show is at times uncomfortable and awkward. There’s no escaping it. It’s also laugh-out-loud funny, and there’s a bit with a whale and a sex toy that’s too funny but also too profane to write about here. Part of what makes the show hilarious is the juxtaposition of Dallas’s elevated and refined British accent tackling such low and raunchy subjects. But there’s another layer that makes this show a wonder. As the performer and the writer, Alex Dallas deftly manages to ride humour seamlessly into the darker moments. The balance of self-deprecating comedy with moments of felt danger is particularly impressive. This is what makes the work more than simply a comedy show. It has depth. It’s an angle that Dallas and director Clare Berry have structured with precision.

Using just two chairs, Dallas works through minimalistic stage settings. Blackouts and pop music aid the intervals between sequences, and her attire makes sense as the show progresses. She wears pink overalls. The symbolism of overalls puts the connotation on the idea of work. The storyteller is thus doing a job before our eyes. On one hand, it desexualizes and defeminizes the performance wearing this type of clothing. It also makes men’s behaviour seem that much worse when she tells us of their bad behaviour. It’s a sly choice whereby another avenue of empathy is attained, while men’s wolfish behaviour is revealed.

All in all, Horseface is a comic romp, a response to men behaving badly, and ultimately a show about female empowerment.

Horseface plays through Saturday, August 6th at the Lantern Community Church. Running time: 1 hour. This show has a mature content warning. For tickets, times and events go to https://www.calgaryfringe.ca/

The story of Gilgamesh is an old story. Written on clay tablets in cuneiform, it’s one of the oldest stories in the world. It follows the friendship of Gilgamesh and Enkidu as they confront raspy-voiced […]

Hardships of Temporary Foreign Workers: A Review of Parts & Labour

Verbatim theatre is a style in which plays are crafted and structured around precise words from interviews about specific events. Depending on the events structured, and the quality of the interview, an audience may be […]