Jeff Newman is not simply a magician. He’s a mentalist. His claim? That he can read your mind, and even influence your thoughts. For this skeptic and a few others that attended his show at the Alexandra Centre Society, we weren’t merely left questioning his sleight of hand, we were left with a bigger question: ‘how did he manage to get into our own thoughts?’ 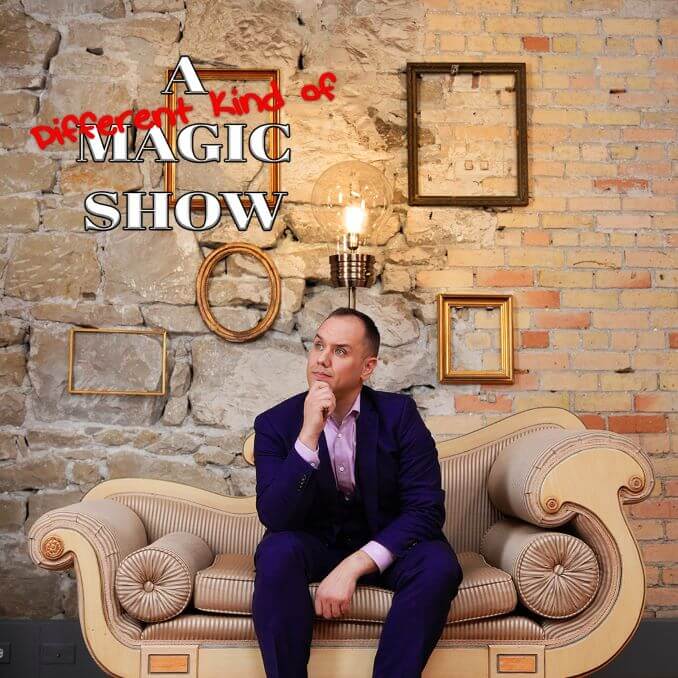 His show, A Different Kind of Magic is one of a handful of one-person shows playing at the Calgary Fringe Festival. Like many magic shows, this act relies on minimalism to pull off major effects. Guessing unique serial numbers off twenty dollars bills, guessing first celebrity crushes from various audience members, and even being able to guess who lies and who tells the truth were just small parts of the act that held many in astonishment.

With a performance that has been honed with experience at corporate events and gigs on cruise ships, part of Newman’s craft is his ease and command in which he gets audience members to participate. His experience shows. He’s not simply a good magician/mentalist, he knows how to work a crowd. His improvisation skills are apparent.

A testament to his abilities came delivered from many the different faces of the crowd. Those confused looks of wonder. Those doubters willing to accept the unbelievable. One might figure out how Newman was able to “guess” an audience member’s first and last name. After all, guests must check in before the show starts, but how he managed to know the single word a woman wrote down to describe herself was something else…

Part of any magician’s act is about sleight of hand and misdirection. This also infers that the audience has a job. Can we catch the switch? What pocket did that come from? From what envelope? Where are his hands? Certainly, there was much misdirection occurring. What makes Newman’s act unique, however, is that he makes you believe it’s less sleight of hand and more sleight of mind. Even though I was not asked to be a volunteer for any of the sequences (thank God), I did get the creepy feeling that Newman knew what I was thinking. And more impressive? This was only Newman’s second time performing this particular act. If it’s this good now, it will no doubt be a wonder to catch this show in the future.

There were a few things that seemed unnecessary during the routine. Helping to build the tension of certain effects, the sound design sometimes got a little too loud masking the give and take between magician and audience member. Another oddity was that Newman relied on a face microphone despite the intimacy of the space. For a corporate event, this might have been necessary, but it seemed a bit out of place in this more intimate venue.

But even with small glitches, you’ll still need help picking your jaw up off the floor. 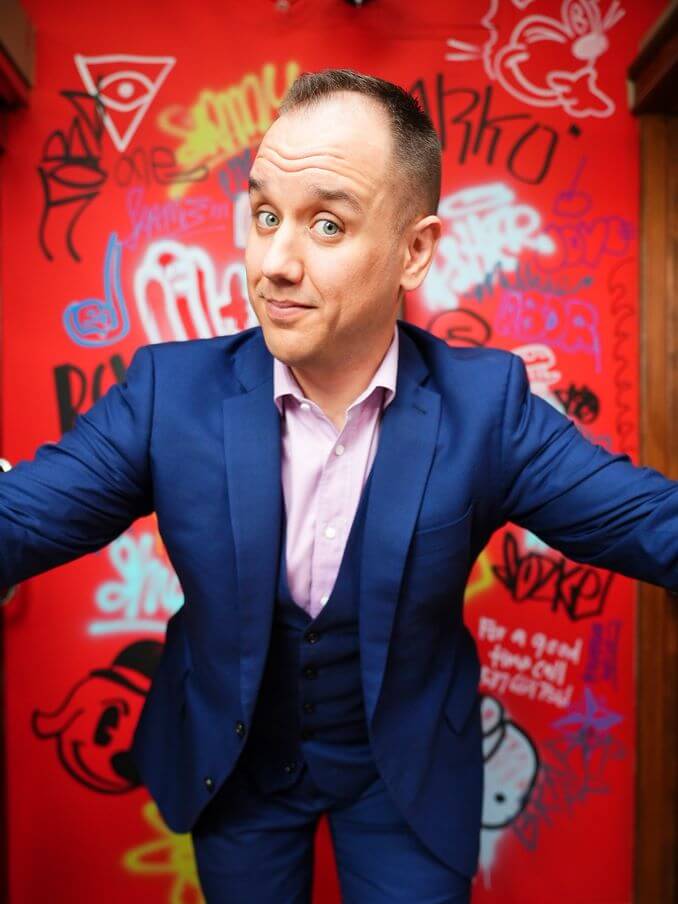 “A Day in the Life” of Musician, Actress and Director Kyla Ferrier

Kyla Ferrier is an extraordinary, talent-infused actor, composer, singer-songwriter, improviser, filmmaker and theatre director. She has a passion for following her curiosity and taking bold risks and particularly enjoys devised projects and the creative flow […]

Crime, Comedy and Choreography: A Review of Vertigo Theatre’s Clue

“A Day in the Life” with Local Creative Olivia Davis

Olivia Davis is an Indigenous artist living in Mohkinstsis, but traces their roots to the Métis communities in Lac Labiche, and back further to the Red River. Olivia is currently attending high school as she […]