At 23, pianist Jan Lisiecki is already recognized as one of the greatest pianists of our time. Acclaimed for his extraordinary interpretive maturity, distinctive sound and poetic sensibility, he is “a pianist who makes every note count.” (The New York Times). Lisiecki’s insightful interpretations, refined technique, and natural affinity for art give him a musical voice that belies his age.

In 2017, Jan received the ECHO Klassik, Germany’s most significant classical music award, as well as the JUNO Award, the most prestigious recognition in the Canadian music industry, honouringhis fourth recording for Deutsche Grammophon, featuring Chopin’s rarely-performed works for piano and orchestra with NDR Elbphilharmonie Orchester and Krzysztof Urbański, Lisiecki performs with the world’s most prestigious orchestras on major stages and has worked closely with prominent conductors including Sir Antonio Pappano, Yannick Nézet-Séguin, Daniel Harding, and Claudio Abbado.

Recent highlights include recital tours of Europe and Asia and subscription debuts with the Boston Symphony, Pittsburgh Symphony Orchestra, Wiener Symphoniker, and Sächsische Staatskapelle Dresden, among others. Jan Lisiecki celebrated great success with his highly acclaimed recital program “Night Music” which he will continue to perform in the 2018/19 season.

In 2018/19 he will return to Carnegie Hall for a performance with The Philadelphia Orchestra, Lisiecki will tour with Orpheus Chamber Orchestra through Europe as well as with the Czech Philharmonic in Germany. Other collaborations include NDR Elbphilharmonie Orchestra and concerts in Salzburg with Mozarteum Orchestra.

In 2013 he became the youngest ever recipient of Gramophone’s Young Artist award, and also received the Leonard Bernstein Award at the Schleswig-Holstein Music Festival. Jan Lisiecki is an exclusive recording artist with Deutsche Grammophon. In 2012, Jan Lisiecki was named UNICEF Ambassador to Canada. 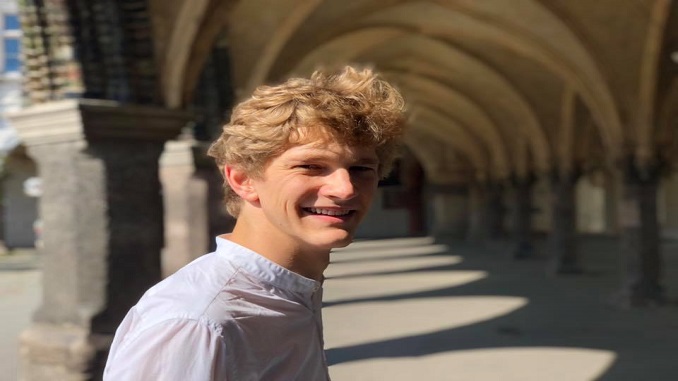 The kitchen at home 😉

Concerts all over Europe and North America in the upcoming weeks, and a new album in early 2019.

Long Time No Time is a five-piece Calgarian horn band formed in September 2017 as an amalgamation of music school nerds from University of Calgary looking to find mainstream outlets. Using horns instead of guitars […]

My name is Julia MacArthur. I use Julia Roar as a stage name. I live in Okotoks, Alberta, but was born and raised in Edmonton. I moved to Calgary with my husband in 2005, Black […]