Jennifer’s soulful & electrifying voice that captures the attention of any audience inspires her powerful and unique musical craft with an eclectic blend of genres, including her own original pieces

Born & raised in Calgary, Alberta with music as the foundation of family entertainment and the most memorable experiences of her youth, Jennifer Robin recognized at the young age of 4 that she was born to sing. Since then, she has been shaping her abilities as a vocalist, as well as learning the guitar at age 13, immersing herself in meaningful musical experiences that have ultimately shaped her as a musician. Jennifer has had a wide variety of experiences in honing her craft and sharing her natural talent. From solo intimate Acoustic performances at a variety of Calgary and surrounding area venues, performing the National Anthem at several large sporting/public events, heartfelt performances at weddings and special events, performing in several Musical Theatre productions, singing as a young chorister having the privilege of performing in venues such as Carnegie Hall, New York City, competing in countless platform competitions such as Canadian Idol, the Calgary Stampede Talent Search, Canada’s Got Talent (to name a few) and recording in professional studios here in Calgary. Jennifer Robin also finds great joy in collaborating with local artists, producers and other fellow musically talented family members and friends. 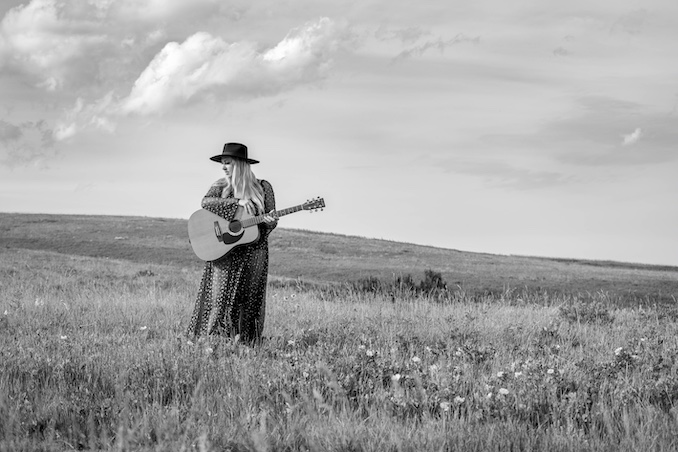 Latest Single: In the works!

Latest Video: In the works!

Throwback some Lemon Ginger tea with honey while listening to a pre-show pump-up playlist of my favourite artists!

Daring Greatly (Originally from Calgary now based in California, Patrick & Liam Croome of Daring Greatly are my cousins!) Leaving Thomas

Studio, but of course endless creativity can be gathered by inspirations from the road too!

Several Local shows in Calgary and Cochrane coming up, as well as a Live Performance & Interview on CJSW 90.9 FM!

Laura Hickli is an award-winning international-touring baroque-pop / chamber-folk artist originally out of Calgary, AB. Her newest single Listen (recorded during a residency at the world-renowned Banff Centre for Arts and Creativity) tells the story […]

Brendan Rothwell is an accomplished Canadian bassist, composer, and producer. He believes in bucking the trend of the bass being in the background, preferring to optimize the tone, scale, feeling and musicality of the instrument. […]