Based on their name alone, The Goddamsels aren’t your grandparents’ idea of country music. Formed out of the longstanding friendship between Alberta-based singer/songwriters Mallory Chipman and Frédrique “Freddi” MacDougall, The Goddamsels write songs with strong, empowering messages, blended with elements of folk, pop and traditional country, all tied together by their stunning, instinctive harmonies.

According to Mallory, “‘Wayward Daughter’ is a special kind of love song, a long-distance love song between two dear friends that I wrote about Freddi and me, while she was living in Montreal and I was in Edmonton.” Freddi adds, “‘Wayward Daughter’ means a lot to me as it feels like our theme song. It was written about our friendship and I think it is special in that there aren’t many songs like it.”

Indeed, adding their own distinctive twist to country music has been the main part of the pair’s motivation from the moment they hatched the plan to create The Goddamsels in 2020 during the height of pandemic restrictions. Fully aware of each other’s musical strengths and prodigious work habits, Mallory and Freddi quickly found a rhythm writing songs remotely, and by the summer of 2021, they were prepared to record five of them over a three-day session with Franchuk and some of Edmonton’s finest players at Riverdale Recorders, with the sixth song completed by year’s end.

“One of the things that makes this record stand out is that we have put a lot of thought into writing and arranging for two lead vocalists,” Freddi says. “We are also proud to be creating space for new narratives in the country music scene with our choice of content and storytelling.”

Mallory, whose past musical endeavours have reached into the jazz and alternative rock realms, agrees that The Goddamsels is a natural progression from the time they first connected in 2015 while singing cover songs with the house band at Edmonton’s Blue Chair Cafe. “On a personal level, roots and country music are styles I’ve explored for fun for a handful of years now, but I didn’t think that I’d ever start a country band! There’s just something so intimate about folk and country music—the guard really comes down, it’s just about the story, the feelings, the imperfections. I think, in a world where there is so much fake news and filtering and auto-tuning, both of us needed a way to connect to the truth again. And that led us to country music.”

The storytelling aspect of Wayward Daughter is certainly on par with its dynamic performances. Mallory points to the song “Rollanda,” which she wrote as a tribute to much-loved Edmonton jazz singer Rollanda Lee, who passed away in 2020. For Freddi, a personal highlight is “Take Care,” a song about finding the courage to reach out for help during your darkest moments. Both of them underscore “See You Next Time,” a song that brought them closer together with its theme of strengthening family ties through coping with grief. Conversely, the projected single “Sorry” makes a powerful statement about personal accountability, backed up by its pop-savvy arrangement.

In Freddi’s view, “We are starting to really settle into ‘our sound.’ We initially brought in songs we wrote individually and I feel that we are leaning more heavily into co-writing.” Mallory agrees, adding, “Being in a band with two leaders has been such a beautiful process. Rather than it feeling like we’re stepping on each other’s toes, we’ve found a synergy working together when it comes to co-writing and the behind-the-scenes work. We’ve come a long way since our bar band days, and have evolved creatively to hold our own as songwriters and performers.”

With Wayward Daughter, The Goddamsels are poised to make a powerful first impression within the roots music world—and one that is sure to leave everyone who hears them clamouring for more. 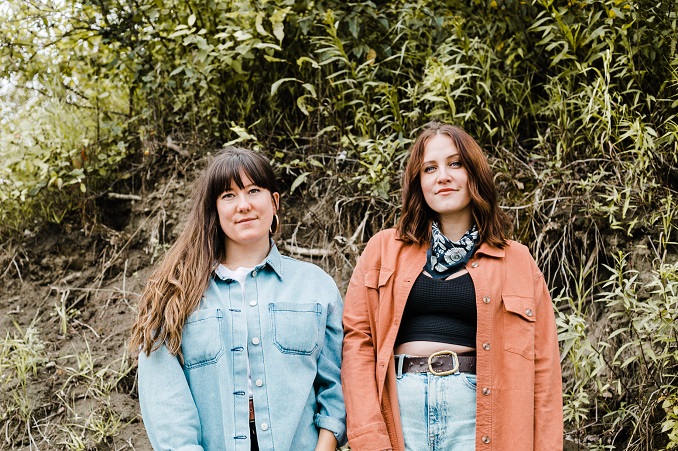 Freddi: Anything pop punk from the early 2000s. Mallory: No such thing as guilty pleasures! But I really love to belt out Dio and Ozzy Osbourne at karaoke.

Both bring their own kind of magic!

Edmonton: Whyte Avenue (many memories and always a good chance of running into friends!)

Edmonton: Rundle Park (underrated and beautiful view of the city from the river), the University Farms & Terwillegar Offleash Park.

Lÿnx is a Hard Rock/ Glam Metal band hailing from Calgary, Canada. Their sound is highly inspired by classic rock & 80s rock. During the 2020 pandemic, the band was formed by former vocalist Lazer […]