It was a song in 2002 about a bus route that brought Calgary hip hop duo Dragon Fli Empire out of the basement and into the limelight. Now a decade post-“Mount Pleasant”, they have become a leading force in the city’s hip hop scene, from opening for names like De La Soul, The Roots, Public Enemy and Mos Def to performing at festivals like the Calgary Folk Fest, Sled Island, Warped Tour, Shambhala and Rock the Bells.

They were nominated for Best Hip Hop Album at the 2009 Western Canadian Music Awards and have toured through Canada, the United States, Belgium, Denmark, France, Germany, Norway and Switzerland. The DFE have released music independently as well as through labels in Canada, Japan, France and Finland. The crew most recently released a 7″ vinyl ‘Hold Down the Fort’ via Beats House Records (France) in Spring 2018 that reached #2 on the CBC Radio 3 Top 30 chart. 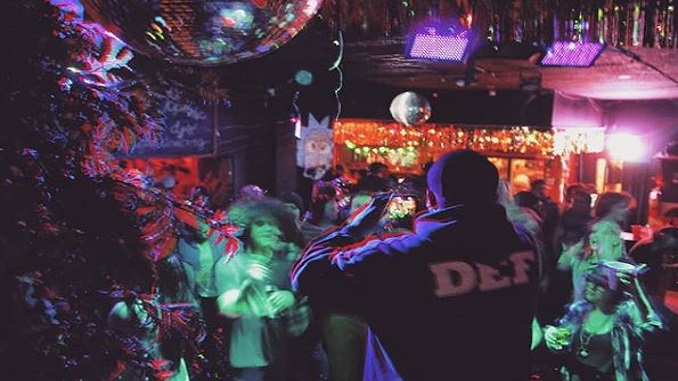 Favourite band as a teenager: A Tribe Called Quest

Seal – Kiss From A Rose

Get 2 glasses of water from the bar.

Freak Motif and many others.

Have to say Nose Hill because I am northside.

Purrrrr! I’m Yoshi. I’m an affectionate senior boy looking for a quiet home that will provide me with lots of cuddles and pets. I like to spend most of my day sleeping on the couch […]

“A Day in the Life” with painter Heather MacPherson

Heather MacPherson is an emerging artist living in Calgary, Alberta. She has always been an art lover but had no idea she had any artistic talent. Indeed, her mother has reminded her that her “early […]

With the recent snowfall we’ve had in Calgary, imagining yourself in an aquatic environment decked out in your swimsuit might be difficult, but floating the Bow is a traditional summer pastime for many Calgarians. Growing up […]