Chloe (James Colt) is a 24-year-old rapper, singer, songwriter & producer born and raised in Calgary, Alberta, Canada, co-founder of the collective/label Timeless Tomorrow. Before being old enough to vote she began earning media and industry recognition locally from The Calgary Herald, Global TV, and CTV Calgary.

The debut project “Loneson” in 2018 garnered 4 million streams and led to 2019 spent performing in New Orleans, Texas, Vancouver, LA, Victoria and Calgary along with putting out new projects “Disaster Boy” and the “Whatever Makes You Feel Better” EP. In 2020 the highly anticipated project Colt 45 was released which has now garnered over 1.1 million streams. December 2020 Chloe (James Colt) was back in the local news on CBC Calgary and City News Calgary for an incident that occurred regarding her being discriminated shopping for feminine clothes when she was still closeted which soon led her to come out publicly as trans.

After a consistent run of singles throughout 2021 as well as publicly beginning her transition the hype for whatever project’s/album’s may come next is undoubtedly increasing by the day. 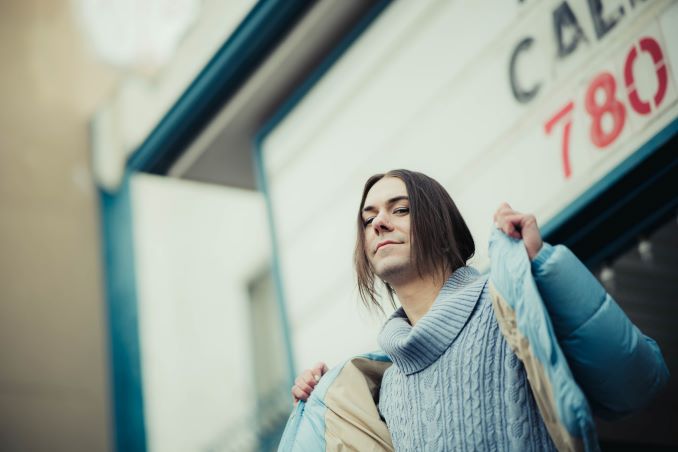 I began my catalogue as James Colt in 2017

Laura Jane Grace from Against Me!

LP, I love the process of digesting a full album front to back as an experience

Honestly, it depends, my life goes in patterns. I feel like in summer I’m a night owl but in winter I’m more of an early bird.

Road. I love getting on the road and getting to meet my supporters and make new friends and fans etc. playing my stuff live seeing it come to life is the best.

17th ave because there’s usually always some sort of thing going on it’s rarely a dull moment around there.

Probably the Palomino. Would love to play Mac Hall or the Palace Theatre though.