From soothing alternative grooves and biting melodic punk, to fiery breakdowns and and beyond. Chiliocosm defy any distinct genre and instead diverge on their own course. That road led to Calgary only a few months ago. The band spent their formative years developing their musicianship and sound in the small Grande Prairie music scene. Through humble beginnings of open mics and hosting their own diy shows, they eventually grew a fanbase, who helped them to win battle of the band competitions, play festivals and open for acts such as Sublime, Simple Plan and Pop Evil.

“We never want to stop growing as a band and as musicians, we love our hometown, but Calgary has a lot more to offer and see. It made sense for our personal lives more than anything. ”

Set to make a big splash in Calgary’s diverse music scene, the band is releasing their first single” Almost There”. A melancholic testament to staying hopeful during struggling times.

“This song is about the inner conflict of charging forward when you don’t really want too, sometimes you plant seeds, you water them, and they dont cultivate for a very long time, then one day they just spruce up, kinda like bamboo. Its a hopeful song, that perspires angst. In this day and age, with instant gratification at our fingertips, patience can feel like a heavy weight.” 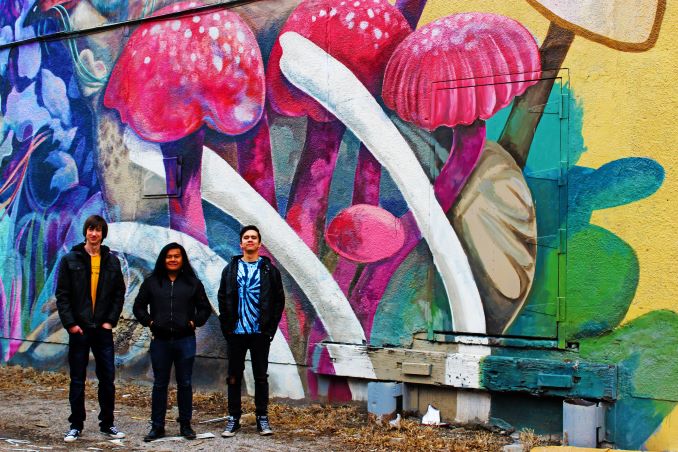 Chris: Vocal/guitar warmups and jammin out to some Hip-Hop
Jason: Stress for an hour making sure I packed everything, 4L of water before and during show, vocal warmups
Romer: Do 50 push ups

Chris: My attention span is too short for albums nowadays so EP
Jason: EPs, you can keep the hype train moving and focus on putting out only your best material
Romer: Lp all the way

Chris: Early Bird who feels like a night owl based on how tired i am waking up
Jason: Early Bird
Romer: Both

Chris: The studio, where the magic happens
Jason : Both!
Romer: Road

Everything has been sidelined by Covid, We might do some live streams though! Maybe an mtv cribs episode of our practice space or some quiplash!

We just recorded some of the best material we’ve written with Quinn from the band Royal Tusk right before this quarantine that we hope to put out later this year!

Thanks for having us!

Michael Bernard Fitzgerald is a Canadian singer/songwriter who has collected an audience of fans across North America drawn to his simple honest words and genuine smile. Having released 4 full-length albums to date, Fitzgerald has […]

The holidays are a time of giving, and the endless options can be overwhelming to many. On top of the heavily-marketed and well-known campaigns, there are many other places and things to donate you might […]