Although blooming from the suburbs of Calgary, AB, Kirsten Ludwig belongs to no set of roads and dwells in transition. A nomad at heart, Ludwig finds true solace in her quiet ambition, gentle voice, and mellotron- induced thoughts. With a soft demeanor and heavy mind, Kirsten Ludwig achieves simultaneous vulnerability, strength, grace, and madness.

‘We Get It Now’ (2018), Kirsten Ludwig’s third and most recent full-length album received international praise, reaching #19 on the national college radio charts. Paste Magazine wrote “The wispy guitars and Ludwig’s ethereal echoes capture the weightless, disoriented feeling of looking out bleary-eyed at an unchanging landscape while on a long drive.” With influences like Beach House, Laura Marling, and Sharon Van Etten, Ludwig set out to produce a record – alongside Juno award-winning Colin Stewart (Dan Mangan, Black Mountain, Sleepy Sun) – with strong melodic structures, catchy hooks, and soaring dynamic soundscapes. ‘We Get It Now’ is anchored by themes of loss, grief, fleeting optimism, and residual anger.

Ludwig is set to release her newest project ‘Wasted Time’ this fall as well as setting out on a European tour October 2019. 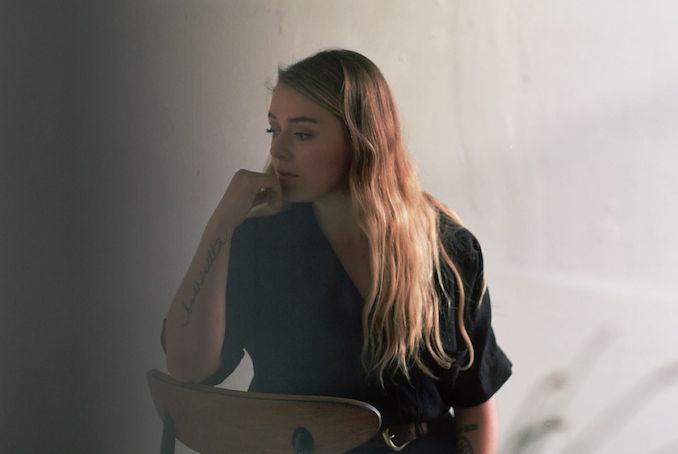 Avril Lavigne – I’m With You

I usually say ‘well, should we do this?’ – a couple times the venue played my record before I started and in those moments I made some joke about the new expectation of our performance haha.

Mariel Buckley – we played some odd shows back in the day and I feel forever bounded to Mariel.

Nose Hill for the memories of my grandparents, and Fish Creek for the serenity.

Night owl – I still feel like a teenager that could sleep til noon.

The studio definitely – it’s an introvert’s dream to be cooped up with people you love exploring another universe. But nothing beats the delirious heartfelt conversations with your tour mate whilst driving days across Ontario playing shows to empty rooms. Shout out to Alexandria Maillot!

None upcoming in Calgary, but I am going on a European tour from my upcoming EP ‘Wasted Time’: