Based in Calgary, Alberta, Canada, pianist Tricia Edwards maintains a busy and diverse schedule playing and performing regularly as a solo artist, in a jazz combo, as a professional classical accompanist and as a member of several salsa and latin bands.

Tricia Edwards recently released her sophomore album “Intaglios”, a latin jazz project, on January 13, 2018 to a sold-out crowd at Calgary’s Ironwood Stage and Grill. She was the recipient of the 2009 Richard Harold Cowie scholarship, given by the Calgary Musicianʼs Association to further her jazz education. She released her debut jazz CD “Joyspring” in March 2009.

Tricia earned both Master’s and Bachelor’s degrees in classical piano performance from the University of Alberta
and studied in summer master class programs at both the Banff Centre and Mozarteum in Salzburg, Austria. She has appeared as soloist with the Vienna Sinfonietta and University of Alberta orchestras and in frequent solo and chamber music recitals. She has been on the piano faculty at Alberta College and currently teaches at the Mount Royal University Conservatory. 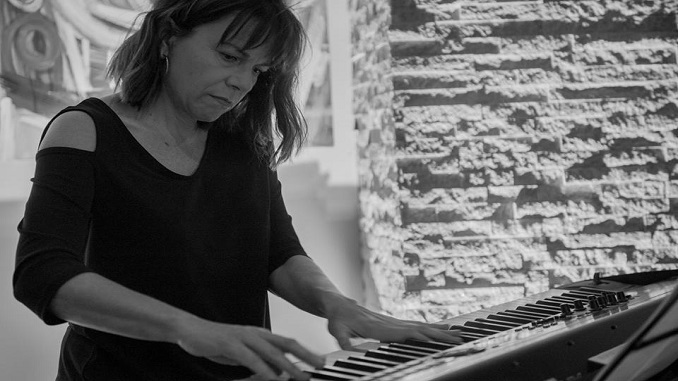 Chelsea Wyte is a Canadian singer-songwriter. Her music is best defined by the hauntingly dark atmosphere and honest lyrics. She started writing music when she was 15 and began performing in 2012. Chelsea Wyte draws […]

My name is Julia MacArthur. I use Julia Roar as a stage name. I live in Okotoks, Alberta, but was born and raised in Edmonton. I moved to Calgary with my husband in 2005, Black […]