By High School, he had formed the avant-garde production duo me.i.mam with his friend Shawn Everett (now a multiple Grammy-winning engineer/producer based in Los Angeles). me.i.mam recorded two albums before being sought out by popstar Scott Moffatt to create The Boston Post. Scott had just left his group The Moffatts and wanted to explore more experimental music.

The Boston Post recorded an EP and an unreleased album, toured relentlessly, and made multiple appearances on MTV and MuchMusic before dramatically breaking up during the filming of a documentary about them. Jon Gant then moved to Victoria and worked as a studio and touring musician while recording his early solo albums with appearances from West Coast musicians including Carolyn Mark, Leeroy Stagger, Diona Davies, Sarah Rhude, and Dan Weisenburger.

Between fatherhood and work as a sound tech and session musician, Jon Gant continues to record and tour under various pseudonyms. 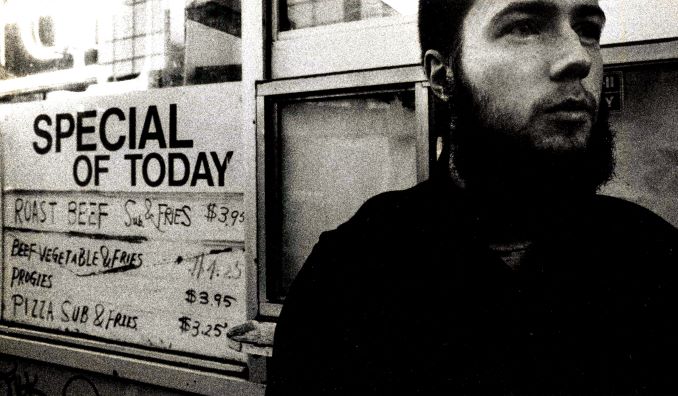 Made my first solo album when I was 14, it was called “The Story of the Good Turnip”. I used my sister’s ghetto-blaster to record it, and it was probably the best record I’ve ever made.

15 currently available, but there’s been a lot more.

I See It Now

My friends. I was lucky to grow up around a bunch of incredibly talented and interesting people.

Wander around the town and find something good to eat, have some laughs.

Jann Arden, “Ode To A Friend” is so good. And Cenek J. Vrba; my grandma had a SIGNED copy of his record, I don’t really remember the music but I thought he looked handsome.

I put out two new albums this year, Soft Release and I See It Now. I’m thinking about doing a third one before the end of the year, but who knows.

Haven’t seen live music in a LONG time, but I’m into dimly lit venues where you can move around and find different spots to watch the show, and something to lean on is always nice.

Mike Tod is an Alberta musician, folk music scholar and ethnomusicologist. His self-titled three-track EP (released on November 26, 2021) includes a handful of traditional songs that showcase the enduring, remedial power of folk tunes […]

Joshua Anthony Williams is a singer-songwriter and multi-instrumentalist with a unique and inspiring story. Having taught himself to play several instruments as a child, his musical affinity brought him opportunities to collaborate and perform for […]