Mike Tod is an Alberta musician, folk music scholar and ethnomusicologist. His self-titled three-track EP (released on November 26, 2021) includes a handful of traditional songs that showcase the enduring, remedial power of folk tunes in times of turmoil. Mike Tod has previously released music with the old-time acoustic duo Godfrey & Tod and the Mike Tod EP marks his first release as a solo artist – it’s also a teaser for a full-length to come in 2022. 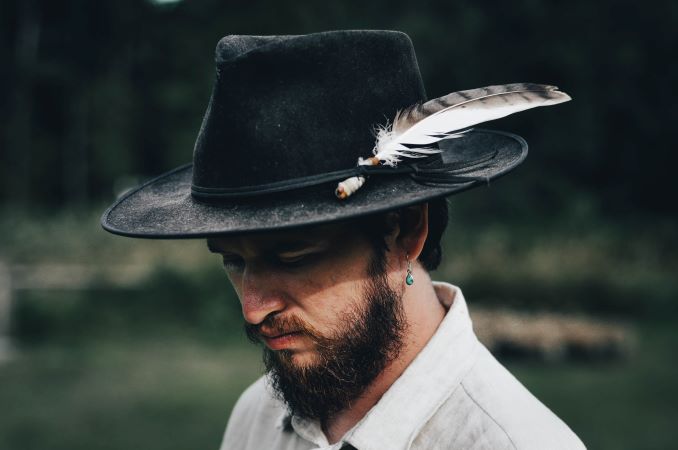 I would pick “Shady Grove”

Anything by The Eagles

Anytime I play a game of cribbage before a show, it’s pretty good.

Night owl. Interesting thoughts and stories and creativity seem to happen at night.

Both! I love being in hotels on the road. I also love being in the studio and building up and breaking down a song piece by piece.

My self-titled EP is now out on Spotify

Fishcreek. Spent a lot of time there as a kid walking around, listening to the creek, walking with my grandpa when he came to the city.

The old Mikey’s Juke Joint. The wooden floors, all the photos on the walls, the cramped tiny space, the pool table that leaned to one side. I loved it so much.

Recordland in Inglewood. Great place to go digging, lots of local/regional records turn up there that you just won’t find anywhere else.

Joshua Anthony Williams is a singer-songwriter and multi-instrumentalist with a unique and inspiring story. Having taught himself to play several instruments as a child, his musical affinity brought him opportunities to collaborate and perform for […]

Hammerdrone has been an anchor in the Canadian underground metal community for just shy of a decade. Over this time, they have developed a face-melting brand of old school melodic death metal, at once aggressive […]

Jon Gant began his music career in Junior High, forming bands with friends and playing shows around southern Alberta. By High School, he had formed the avant-garde production duo me.i.mam with his friend Shawn Everett […]