Reid Zakos is a triple-threat LGBTQ2+ pop performer with a YouTube channel of over 100K views and 25K+ music streams worldwide. Born in Calgary into a musical family, from an early age he possessed undeniable stage presence and a love for dance and theatre. Inspired by trendsetting artists like Gwen Stefani, Lady Gaga, and Troye Sivan, Reid is also a true original and loves to write most about self-acceptance and empowerment. Facing struggles with bullying growing up, Reid hopes to inspire people to be themselves fully through his bravery and freedom of expression.

First discovered by 101.9 Queer FM Radio Vancouver in 2015, Reid immersed himself further in songwriting in Vancouver and released his debut album “Legends & Myths” in 2020. A retro-pop and greek mythology-inspired project, he explores heartbreak, love, and self-empowerment, teaming up with indie artists such as Dante Hart on the acoustic ballad “Smoke”, and on the R&B/pop duet “Blurry Now” with his partner Jayden Mckenzie.

Since his first album, Reid has gone a more dancepop/futurepop direction releasing hit single after single, also releasing a remix EP entitled “The Reidmix” in 2021. He’s also working on a second full length album with RedPanda Productions, and other singles with emerging Canadian and queer talents. 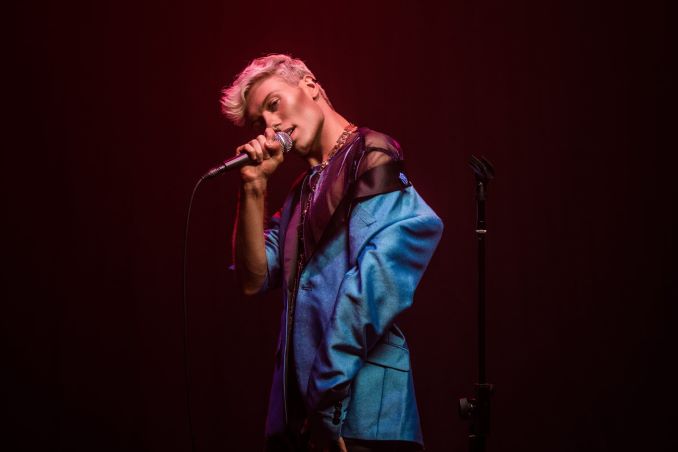 “Wannabe” by the Spice Girls

Warm-up body and voice, do my makeup/hair, drink a tropical red bull, pray to Gaga

Road (once it’s safer to travel/tour). But for now, studio.

In September I opened for my friend Khaled Rahime’s ‘Emotions Tour’ in Edmonton, and I’ll be curating monthly live shows with the company ‘youbloom’ in Calgary going forward.

I’ll be featured on a new single called “Doctor Smile” by Paul Michael (a queer electronic artist based in Connecticut) just in time for Halloween!

I’m also working on 2 new album projects – one with RedPanda Productions (based in Vancouver), and another project which will all be duets with Jayden Mckenzie.

17th Avenue because it just feels full of life

Carolina Maria are a Canadian singer/songwriter duo who share a deep passion for melodies & captivating lyrics. They love to engage with their audience & build lasting bonds through music. Carolina Maria express their emotions […]

Terez is an up and coming, 24-year-old Canadian Pop Artist based between Calgary AB and Toronto ON, with an unforgettable look and an undeniable talent. Over the past 10 years working at her craft and […]

“A Day in the Life” with performing artist Linnea Swan

To write a biography for dance artist Linnea Swan is a monumental task. An audacious creator and performer, she is difficult to capture in a series of footnotes; it’s in the footlights where she makes […]