I Am The Mountain is everywhere, from bars and cafes to caught-in-your-brain as you try and fall asleep. Beginning as a folk project of singer-songwriter Colton O’Reilly, the late-night campfire soul songs that once whispered between the pines in Kananaskis have echoed through almost every music-friendly space in Calgary.

The indie-rockers kicked off 2022 with a brand new single ‘Overthinking Conversations’ released on January 21st. ‘Overthinking Conversations’ depicts the story of two young hearts and the growth that follows a breakup. The video, directed by Finn Westbury, was filmed in Calgary at various locations and local businesses, with the desire to feature “the beautiful city we live in”. 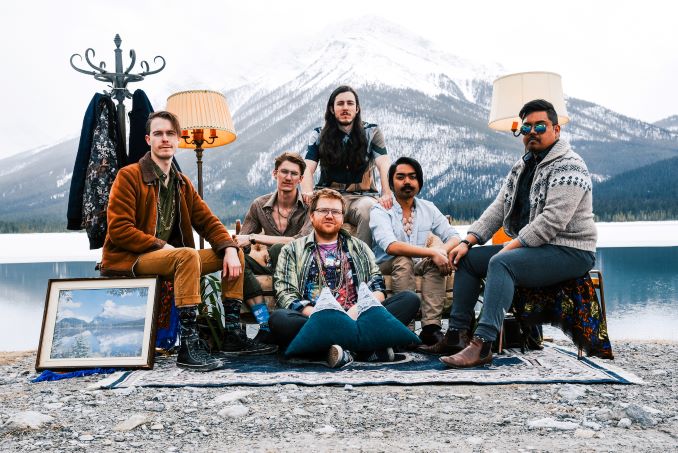 Jesse Aaron Shire from I Am The Mountain

I joined the band in 2015 when Colton met me late one night on the streets while I was wearing nothing but my underwear. He asked if I play Bass, and the rest was history.

2 EPs, multiple singles and a full-length on the way.

We’re Here For Each Other

Single/Video Release Show on January 22 at the Globe Cinema.

17th Ave SW because despite the chaos it feels the most alive. I wish more of the city were like it.

Palace Theater because it’s where all the mid-sized acts play and is the only real venue of its type in the city,

Formed during their university days, Emblematics is an indie rock band based in Calgary. What began as an educational distraction eventually evolved into a full-blown musical experiment, a deep foray into swooning art rock. Emblematics’ […]

Thomas Thomas is giving the nostalgic charm of the mid-century a modern twist. Created and fronted by musical and visual artists Thomas Englund (Betaboys, Bell Tower) and singer-songwriter Shannon Thomas, the Calgary band is creating […]

I Am The Mountain is everywhere, from bars and cafes, to caught-in-your-brain as you try and fall asleep. Beginning as a folk project of singer-songwriter Colton O’Reilly, the late-night campfire soul songs that once whispered […]