Since winter has decided to show up for another year, I wanted to highlight some of Alberta’s favourite skiing and snowboarding destinations. I’m going to start with the sites closest to Calgary and progressively move farther away.

Canada Olympic Park (COP), formerly known as Paskapoo Ski Hill, was the premiere site when Calgary played host to the XV Olympic Winter Games in 1988. The Calgary Olympic Development Association renovated the site in preparation for the Games, and now the park is the most visible reminder of Canada’s first chance to host the Winter Olympics. Today the park is operated by WinSport and the grounds are home to several facilities for amateur and national team athletes in training. Situated on the west side of Calgary, only 15 minutes from downtown, it’s an ideal location for beginners or for those days when you can’t make it to the mountains. It also boasts the only half-pipe within North American city limits and the second largest ski school in Canada. If you haven’t experienced COP, it’s worth a trip. 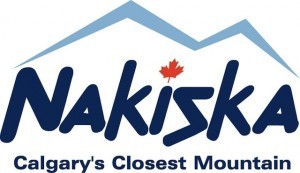 Less than 100km from downtown, nestled in picturesque Kananaskis Country, Nakiska is the closest resort to Calgary not named Canada Olympic Park. Like COP however, Nakiska played host to the alpine events for the 1988 Olympic Winter Games and today offers 1,021 skiable acres. Nakiska has something for everyone, regardless of your ability with 13% of the runs being considered beginner, 59% intermediate, and the remaining 28% advanced. The resort also features the Na.Jib.ska Rail Park and a skier/board cross course. 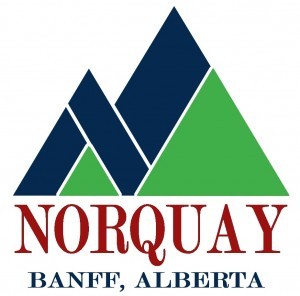 The first ski runs at Mount Norquay date back to 1926 and in 1948 the resort became the first in Canada to install a chairlift. The resort is situated on the slopes of Mount Norquay in Banff National Park and is one of the Big 3 resorts found within the park. Located 132km from Calgary, but only 7.5km from the Banff town site, Norquay is a favourite for residents of both communities. With only 190 skiable acres, Norquay is a small-scale resort, but it does offer a variety of terrain, a progressive terrain park, and a snow tubing area. 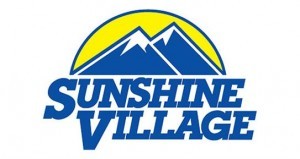 Ever competing with Lake Louise as Albert’s most popular resort, Sunshine has lots to brag about. Sitting high on the continental divide in Banff National Park, Sunshine features 3,358 skiable acres spread across three different mountains. The resort sits on the provincial border between British Columbia and Alberta, making it possible to ski/ride in two different provinces on the same run. Test your skills in the Rogers Terrain Park or simply carve-up one of the 107 marked runs. Sunshine can receive up to nine metres of snow in one season, giving it the longest non-glacial season in the country. The resort also boasts the world-famous freeride zone; Delirium Dive. This area of Sunshine has been ranked one of the top ten off-piste destinations in the world and is reserved for advanced skiers and riders only. Sunshine is 143km from downtown Calgary and is also one of the Big 3 resorts. 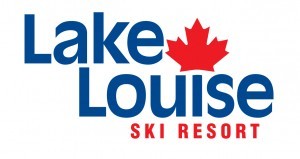 Lake Louise is one of biggest mountain resorts in North America. The resort boasts 4,200 skiable acres and 145 marked runs, with the longest clocking in at 8km! Lake Louise is the third and final Big 3 resort located in Banff National Park and is surrounded by breathtaking scenery. You can even see the iconic lake from a number of chairlifts and the gondola. Lake Louise features a terrain park, a snowcross course, a snow tube park, and it plays host to the Worldcup Downhill and Super G events each year. The resort is a 184km drive from Calgary, but that doesn’t stop thousands of Calgarians from making the trip on a regular basis. 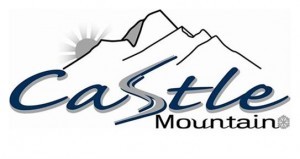 250km south of Calgary near the Crowsnest Pass region of the province sits Castle Mountain Resort. This out of the way hill has a simpler, more local, feel than you get at other, heavily frequented resorts and that’s just half the appeal. It features 3,592 acres of skiable terrain, including the famous chutes, all of which are scattered across two mountains. Castle also features one of only a few resort-based cat skiing operations in western Canada, so you can hop on board the Powder Stagecoach and discover open bowls and secret powder stashes. If cat skiing isn’t your thing you can explore one of the eight alpine bowls or play in one of the three terrain parks. A visit to Castle wouldn’t be complete without stopping at the T-Bar Pub & Grill for après-ski. 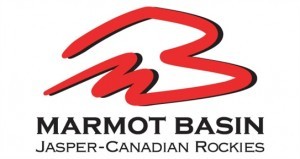 Marmot Basin, in Jasper National Park, has the highest base elevation out of all Canadian resorts. Situated 428km northwest of Calgary, Marmot is more than a day-trip, but is definitely worth a weekend excursion. Skiing and riding at Marmot features beautiful mountain vistas and plenty of varied terrain for all ability levels. Marmot has 1,675 skiable acres covering four mountain faces and has added three new chairlifts since 2009. More chairs means less time spent in lines and more time carving up the mountain! Improve your skills in the Rogers Terrain Park, glide through gladed tree runs, or search for powder in the alpine bowls; no matter your style Marmot has something for you.

This list is far from comprehensive and doesn’t mention many of the smaller, localized ski areas situated across the province. It also doesn’t discuss any of the larger resorts located in British Columbia or Montana that many Calgarians venture to on the weekends. Whether you’re looking for alpine bowls or gladed trees, fresh powder or rolling groomers, expert terrain or beginner slopes, Alberta’s ski and snowboard resorts have something for everyone. We are pretty fortunate to live where we do and have all these options right in our own backyard. Now let’s get out there for some skiing and snowboarding fun, winter’s waiting!

The very first story I published when I started writing for the Calgary Guardian back in 2014 was all about stand-up paddleboarding (SUP). More specifically, how one could change their perspective on the traditional mode […]

This past fall I was attending a professional development day in the Bow Valley that was specifically for Outdoor Educators. One of the guest speakers was Jeff MacPherson, a Rescue Specialist with Kananaskis Public Safety. […]

Over the coming months I am hoping to highlight several outdoor-related professions through interviews, stories, and photographs. Part one in this series features a conversation with Michael Jokinen, an Intermediate Wildlife Biologist with the Alberta […]