When Hannah Sanford, Heather Tovey and Jenn Fitzgerald started a Meetup group last November for ‘intersectional feminist nerds who work in tech’, they expected to draw in (at most) thirty to fifty members.

Imagine their surprise when, in less than a year, the group ballooned to a size of over three hundred members. It’s clear that their mission statement to ‘work on building a supportive and inclusive culture in the Calgary tech community’ has resounded with more than a few people.

“Its not a women’s group, and it’s not just about getting women into tech,” Jenn explains. “It’s about diversity. Race, culture, gender identity, orientation, it encompasses all of these concepts.”

All three of the NerdLab YYC founders have experience working in Calgary’s tech sector. They met while volunteering for Chic Geek, a Calgary-based non-profit which is focused on empowering women to become successful in technology entrepreneurship.

“Chic Geek is a really great community for beginners and people who are interested in learning more about getting into tech,” says Heather. “We were looking for something that was more for people who were already in tech, and going through the unique workplace challenges that can go along with that.” 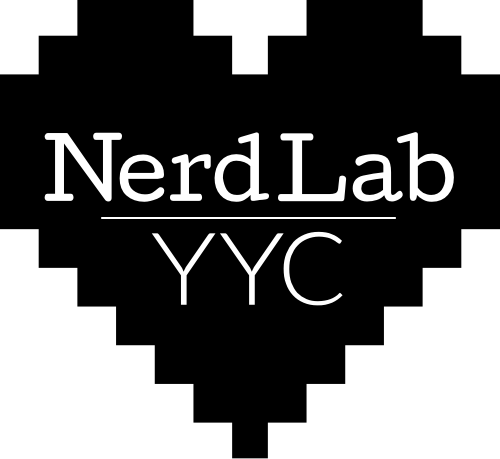 Hannah points out that there are stats out there which suggest women leave the tech industry at more than twice the rate of men. A Harvard Business Review study from 2008 had that number pegged at a quit rate of 41% for women, compared to 17% for men. The conversation around this topic is as active as its ever been.

“Chic Geek was looking at it from the perspective of, ‘we need to educate people and get them in (to the tech industry)’,” says Jenn. “But all these women leave.”

This was a key aspect of their thinking when Jenn, Hannah and Heather chose to build their own community to support those who are experiencing discrimination-related frustration while navigating a career in tech. Another factor was their own unique, personal experiences.

“I worked for a software company which was, at times, very misogynistic,” says Jenn. “There was a belief in a non-existent meritocracy, and when you look at the people on top they all looked the same. That daily grind wears you down.”

“The same thing can be said about the speakers at the meetups and events in the tech community here, which is pretty small,” says Heather.”It’s usually the same speakers, who all have very similar backgrounds and tend to look alike. You start to wonder, well, where are the people who look like me, or who have experiences similar to mine?”

And so NerdLab YYC was born.

Another core concept to the group’s inception is the idea of intersectional feminism.

“I think when a lot of people think about feminism, they think of it as strictly concerned with women and it’s a fairly narrow description,” says Hannah. “It’s white, middle class, cisgender, hetero… Intersectional feminism is about expanding it beyond that.”

The Geek Feminism Wiki mentions that the term was originally coined by Kimberlé Crenshaw, and is a concept used in critical theories to describe the ways in which various oppressive institutions are interconnected and cannot be examined separately from one another.

Says Heather: “It’s important for us to make sure sure that there is room for all of those people, not just people who look like us.”

In addition to NerdLab YYC’s support network and book club meetings, (which focuses on books with a feminist theme that range from skill-based books to science fiction) the group will also offer several workshops in the new year.

“I’m going to be giving a public speaking workshop for beginners,” says Heather. “The goal is to get people who haven’t spoken at events the chance to find out what that experience is like and learn how to do it, and also encourage them to go forth and speak at other events.”

“I’ll be doing one next October which is an Ally Skills Workshop,” says Jenn. “It’s primarily geared towards teaching men about simple things they can do to be supportive of women, whether it’s in the worksplace, at conferences, or online.”

Despite the serious topics that the group addresses, it is very apparent that the three women behind NerdLab YYC are able to maintain their senses of humor.

“Humor is actually a really core piece of what we do,” says Hannah. “I think just bringing that into the discussion makes it a little less doom and gloom when we’re talking about diversity in tech. It’s important to be approachable and to be interested in having fun with it.”

“Fun was a big thing for us right from the start,” Jenn chimes in. “We said in the beginning that if this stops being fun then we’re not going to do it any more. Literally we had this diagram that had ‘feminism’, ‘nerds’, ‘tech’ and ‘sarcasm’ at the very center.”

In the future, Hannah, Jenn and Heather have hopes that others will want to host their own workshops through NerdLab, which they can then support along the way.

Says Heather: “It’s part of the increasing diversity thing. It’s not just about us; its about everybody.”

To learn more about NerdLab YYC and to sign up for future events, visit nerdlabyyc.com and check out the Meetup group.

Our Charitable Choices feature this week is Making Changes, an organization that offers programs aimed at empowering women of all ages, backgrounds and stages in life.  Making Changes helps put confidence back in their step, […]

Distress Centre Calgary (DCC) provides 24-hour support, counseling, and referrals to a myriad of community resources – all free of charge. We got a chance to speak with Diane to learn more about DCC. Describe […]

“A Day In The Life” of Calgary Chalk Artist, Rozzie Lee

Rosalind ‘Rozzie’ Lee is a spirited artist deeply rooted in custom illustrations that translate to many mediums. She spent many years as a digital graphic designer during the day and running a side business making […]