Unafraid of both straight-up hooks and experimental song structure, RALEIGH is a band carving their own space in new music. Thoughtful refrains are woven by vocals, cello, and guitar, with drums and bass treading the groove together. It is indie rock, damaged by art, delicate and exposed but intimately pointed. “Powerhouse Bloom” is a multivalent lyrical and sonic exploration showcasing a band that has found their voice, deconstructed it and is continuously evolving. Following up on an album that was described as “inventive and evocative indie rock,” this collection of nine new songs has propelled the band into new musical territory. Featuring performance from Broken Social Scene members Brendan Canning and Charles Spearin, as well as production from Grammy Award Winner, Shawn Everett, and Juno Award Winning engineers Nyles Spencer, and Graham Lessard, the album is a journey through equal parts art-damaged rock, hazy psychedelia, and fluid soundscapes glued together by an ambitious pop-tinged appetite. 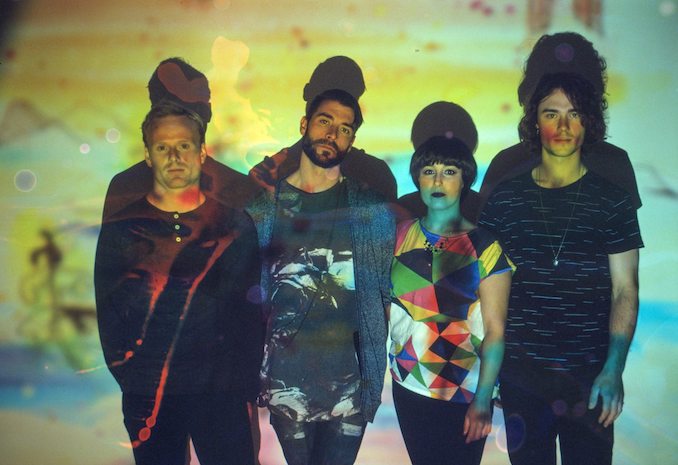 Latest Single: “Smoke In Our Eyes”

Latest Video: Smoke In Our Eyes

More Than A Feeling, by Boston

We’re not too superstitious. We just do what we need to do to feel right, and that looks different every night, depending on where in the world we are.

currently really loving Astral Swans! We’ve been collaborating and touring together too.

LP, but they both serve a purpose as a band.

Night owl. Sometimes not by choice.

The two keep each other in check in a major way. We couldn’t have one without the other, but I’ve really been enjoying the creating side of things lately.

We have a new record ready to go and are very excited to start sharing that news.

Born and raised in Calgary, Jackson Reed became interested in music at 10 when he discovered The Beatles. Although he didn’t get serious about pursuing music as a career until he was about 15 and […]

Our “Five Minutes With” feature this week is Calgary-based musician, singer and songwriter creating atmospheric pop, folk and alternative music, Evan Freeman! Evan’s latest release Beyond the Stars is a 13 song album, in 3 […]