Getting ready to release her second album, Emily Triggs has become known as one of Alberta’s established musicians. A singer songwriter hailing from Montreal, she is breaking down barriers as to what is considered folk music. “I have been writing and singing ever since I was a kid. I play music because it’s a compulsion so I might as well release art into the world if I’m going to keep creating.“ Triggs’ songs have earned her finalist recognition in Alberta songwriting competitions and radio play across the country. Her voice has also been accompaniment for the recordings of John Wort Hannam and Leeroy Stagger. 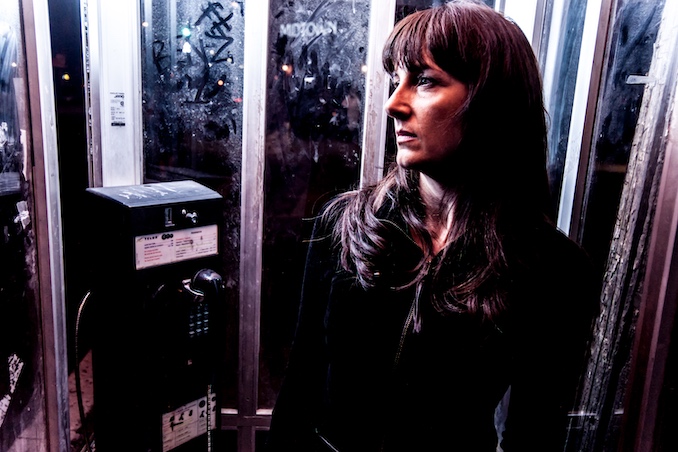 Emily will take you on a journey through inspirations and experiences that have shaped her alt-country/roots sound. Her influences span the US Deep South, Texas blues, strains from the Appalachian Mountains to her early years in French Canada.

Currently a member of the duo The Rosellas with Lorrie Matheson, and quartet band Magnolia Buckskin, she has also been a member of Calgary-based bands singing the sweet side for The House Doctors, The Fallen Angel Band, The Fragments and June Gloom. A passionate storyteller, Emily’s honest, authentic vocals and music wins fans everywhere she performs.

# of Albums:   First album “When Guinevere Went Under”. Second album “Middletown” to be released 2019.

Latest Release: “When Guinevere Went Under”

Blackfoot Truckstop Diner, Café Rosso, Montreal Bagels, and anywhere that supports live music as it says something about an establishment.

At this very second? Brandi Carlile, The Rosellas, Hayes Carll, and Deer Tick.

Do They Know It’s Christmas and anything by The Northern Pikes.

Before stage I eat well, rest, and do yoga. When live, in my head I typically kick over a few amps and finish the night with an out of tune guitar.

There are too many to pick. If you step into any of our live music venues in this city, you will see what I mean.

Neither. Love those two but prefer by the Elbow River in Ramsay.

LP but really it depends what I am listening to.

Night Bird. It’s quiet and that is when my best ideas are born.

I prefer playing live shows for sure however, there is nothing like getting to hang out and record a song with musicians in the studio.

Singles from ‘ Middletown’ will be released this spring.

When you think about the sport of surfing you likely picture turquoise water, radiant sunshine, bikinis and board shorts, bronzed bodies, and tropical oases in exotic locales. The City of Calgary, located in one of Canada’s landlocked […]

Hello there, my name is Kaleidoscope! I’m a beautiful girl with a colourful personality. I can become overstimulated so let’s take things slow to ensure we have a long and happy life together, okay? I […]

Beats here, ready to rock your world!!!! I am a fairly curious cat and enjoy my people very much. I like to be where the action is and my foster family says I make a […]