Starting out as a young mother in the Fraser Valley in British Columbia Carolyn Harley’s first composition was a blues song written while scrubbing the kitchen floor! Waiting For The Morning Blues was one of the first songs that Carolyn sang in public at The Alouette Arts Centre in Maple Ridge BC just a matter of six months after she started learning to play the guitar.

With a few chords and a need to share her songs with an audience Carolyn was hooked after the very first open stage that she attended. She loved the interaction with the audience and the discussion afterwards about the themes of her songs. She loved to make people laugh – cry – think – but above all feel entertained and be encouraged.

As a young mother working part time as a pre-school teacher Carolyn Harley realized immediately that she needed to be connected to other songwriters in order to grown and learn. She teamed up with a songwriter friend and together they put an ad in the local newspaper asking anyone interested in songwriting to come to the local library at 2:00 pm on a Sunday afternoon. The two of them sat there watching as people came into the library wondering “do they look like a songwriter?”

The result of this ad was a wonderful group of songwriters who called themselves The Maple Ridge Songwriters Co-Operative. Carolyn worked with this co-operative until she moved with her family to Calgary, Alberta. Carolyn’s last performance in BC was Expo 86. With the group dressed in summer whites the co-operative backed each other up for a glorious hour of original music. The stage overlooked the ocean – the sun shone – the crowd loved the music and Carolyn continued to be hooked on the wonder of original music as a way of connecting with the world!

Arriving in Calgary, Carolyn’s world became infused with country music. Looking again for songwriters to connect with Carolyn joined the brand new Country Music Association of Calgary and immediately set about organizing a new songwriters group through this organization. With the help of Laurie Mills, a local radio host, they put an ad in the CCMA newsletter and invited interested songwriters to come to the CCMA meeting space (right next door to the famous St. Louie Hotel) at 2:00 pm on a Sunday afternoon. Carolyn and Laurie sat and waited to see who would arrive. The result of this new group was wonderful new friends and a continued opportunity to perform and learn about songwriting. From the CCMA Songwriters grew a loose knit group called SongSmiths which continued after the demise of CCMA. They met at various people’s homes each month for over 20 years!!

During this time Carolyn Harley was continually taking songwriting workshops, taking guitar lessons, working in various studios to create song demos, and creating opportunities to perform. Her marriage; her career as a teacher; and raising two sons were the primary concerns of Carolyn’s life through her first many years in Calgary. Music remained a solid entity with the objective that, when the time came, Carolyn could give her full attention to her music.

Currently Carolyn is hosting a Zoom meeting for another songwriting group that she started called the Cornerstone Songwriter Cooperative and is hosting a Facebook Live show once a week called THE LATE BLOOMER SHOW. Even in the pandemic Carolyn believes there is still a way to connect with the world and keep making music! 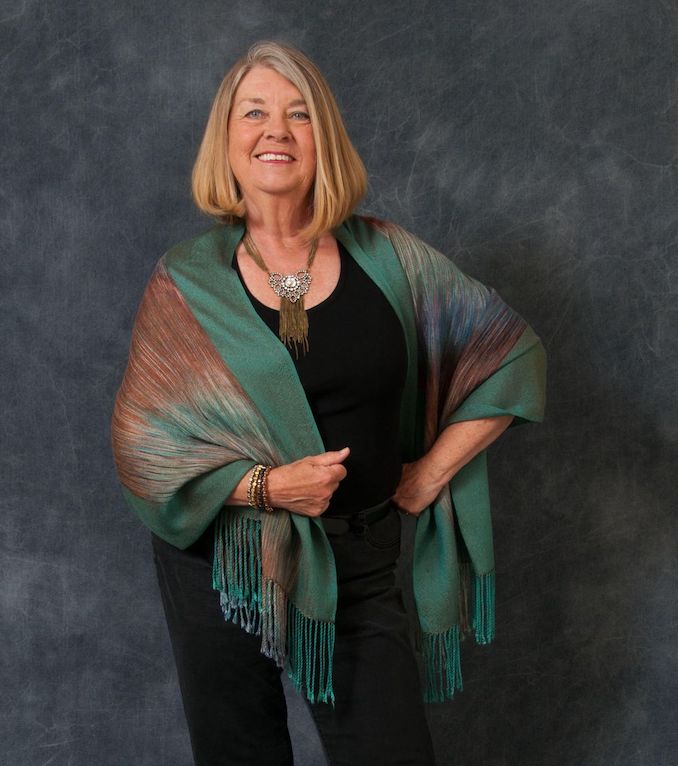 Founded: I started writing songs as a young mother about 40 years ago!

Latest Release: Heartbeat of the World which will be released on Monday, February 15, 2021

Taste of the Himalayas – Midnapore

The Beatles (I was dancing to their songs when they first came out!)

Tuba Skinny (out of New Orleans).

My live show right now is THE LATE BLOOMER SHOW on Facebook Live.
My ritual is get up early, have my coffee and do the crossword puzzles in The Herald, run the tunes for the show that day, set up the sound and video and create the live event, shower, dress, do hair and make-up, sit before the camera and adjust the angle, tune-up my three instruments, review my set list and what I want to say for each song and then say a quick prayer and push ‘go live’!!

Fish Creek!! I live one block from Fish Creek and I have walked thousand of miles in this beautiful diverse park!

I always seem to do LPs. I think it is because I always have a lot of songs to chose from and I write in so many styles that I like to have a taste of everything on each CD.

I am an early bird sometimes even when I don’t want to be!

I am a studio person. I have always performed close to home.

LATE BLOOMER SHOW – Every Tuesday at 11am Calgary time on Facebook Live. A light-hearted theme based hour of original music.

Living Analogue in a Digital World

We live in a digital age. I don’t really need to tell you that, you know. We write emails to our friends, not letters. We write notes on laptops, instead of notebooks, and I doubt […]

Healing Self aids people with the use of hypnotherapy sessions

Healing Self is run by a therapist who specializes in treating trauma, addiction and personal mind blocks through mind and body connections. Recently, we spoke to Steven who told us about how he uses hypnotherapy […]

Map Town is such an exciting store for those who love maps. From globes, to children’ animated maps to professional maps like aeronautical and oil and gas fields and wells this place has it all. […]