Prairie-raised roots artist Angela Saini is all about second chances and empowering others. Her ability to combine humanistic and honest themes laden with catchy hooks and memorable melodies make her entertaining as well as relatable. With two European and five Canadian tours under her belt, Angela is a 2017 Toronto Independent Music Award Winner and BBC Radio has called her “massively talented.”

Angela goes back to her roots with new album “Hope on the Stereo.” Her early influences like the folk stylings and power of storyteller Ani Difranco, meet the country influence of being born and raised in the prairies with first love Dolly Parton. Sprinkle in 10 years of playing in her high school rock band and growing up loving grunge music, and you get angelic vocals with a little stomp.

The songstress most known for her sunshine-soaked song “Living on the Bright Side” shows her more vulnerable side this time around with new album “Hope on the Stereo.” Exploring themes of hope and fear, and the shades in between, still bring out her uplifting outlook on life, but through a different lens, choosing to reveal the cracks and vulnerabilities that lie beneath the surface. It also features her production skills as she partnered with co-producer Guillermo Subauste and recorded some of it in her home studio.

“This album explores the shadows, some vulnerable moments I’ve had in the past few years, but the best way to the other side is through it. How else would you know you were living in light if you had never experienced darkness?”

The precarious balance between light and darkness is a major theme, but hope always tips the balance. Lead single “Black Sheep” is all about living life to its fullest and dancing to the beat of your own drum, in rotation on Sirius XM.

Second single “My Once Upon a Time” is wistful and upbeat, about reaching into the past to define the present. It showcases Angela’s shift to a more Americana sound, enlisting her long-time live band to record live-off-the-floor at Pacha Sound in Toronto. Her prairie roots shine and she showcases previously-unheard stylings including lap steel.

“This album sounds the most like ME. Over three years I had written 39 songs and demoed most of them to solidify the concept before we set foot in the studio. Co-producing it really allowed me to present the songs exactly how I heard them in my head. It was a longer process but this is as honest as it gets.”

Taking chances and dancing to the beat of your own drum are major themes on the album, and the fear and hope that goes with that are as authentic as the process. With a recent showcase during Eurosonic in The Netherlands and festival dates coming up this summer, Angela is poised to live by example. Empowerment and uncertainty can coexist; the road may be untraveled, but you’ll never know if you don’t take a chance. 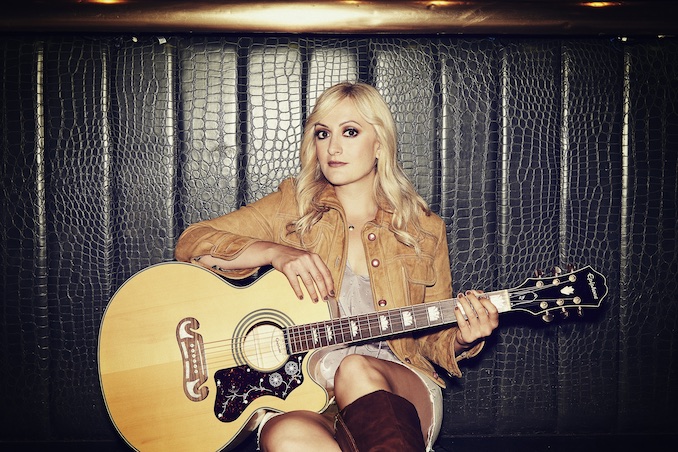 Founded: I’ve always been Angela Saini, but I have been “Angela Saini” since 2012.

Latest Release: “Hope on the Stereo” for release March 29th, current single is “My Once Upon a Time”

Latest Single: “My Once Upon a Time” http://hyperurl.co/AngSainiOnceUponTime

Latest Video: “My Once Upon a Time”

Warming up with some good ol’ vocal exercises!

I love Nice Horse. So much energy, soul and attitude! Those girls will knock you right off your saddle.

EPs are great. You can put them out more often and save them for your best songs! (Recording is expensive you know?)

Night Owl. The early bird gets the worm, but the early worm gets eaten.

As much as I love recording and creating, there is nothing better than playing live. The energy doesn’t even come close.

“Hope on the Stereo” came out on March 29th!

Independent Canadian performing artists Flint & Feather are a free-spirited husband and wife duo who are deeply passionate about connecting with people through folk/roots music, stories, and laughter. Based in Calgary, Alberta, co-members Joal and […]

Getting ready to release her second album, Emily Triggs has become known as one of Alberta’s established musicians. A singer songwriter hailing from Montreal, she is breaking down barriers as to what is considered folk […]