My name is Brendan McLeod. I play and songwrite for a folk group called The Fugitives and write poetry, fiction, and theatre shows. 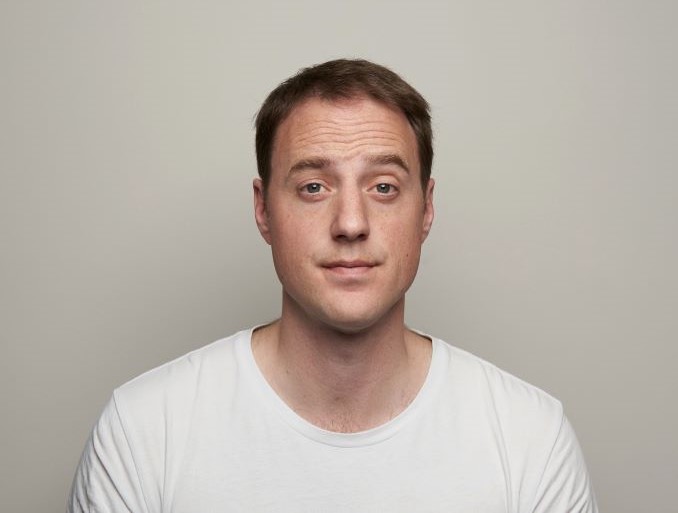 Where Do We Go From Here, Boys

Lady in Red, though it’s so good it’s hard to feel guilty about

The Pagans of Northumberland

LP all the way!

I used to be a night owl, but now I’m old and mostly in between

I’ll take them both. But if I had to live in one place permanently it would be the studio.

Any shows or albums coming up? The Fugitives new album is called Trench Songs. It’s been nominated for a JUNO for Best Traditional Roots Album, so that’s where we’re off to next. Exciting! I also have a new poetry collection out in late May called Friends Without Bodies.

MacLeod Trail, because the name is close enough. Too many lights though. Or else Stephan Avenue because that’s where I’d busk in university.

I’ll always say Long & McQuade in any city. Canada has it good with them. If you go to any other country, you can’t rent a guitar or any sound equipment for less than a million dollars. L & M you can rent a Martin or Gibson or Taylor for a decent price and add $4 theft protection and it will always save you if something goes wrong on the road. Got nothing but love for that place. We shouldn’t overlook it.

Lee Kvern is a professional writer and practicing visual artist with twenty years experience in the Alberta arts community. She holds a four-year degree from Alberta College of Art and Design in Visual Communications. She […]

Megan Dawson is a country/pop artist and songwriter from Calgary, AB. In July of 2021, she was nominated for the YYC Music Awards “Solo Artist of the Year.” Dawson has previously been selected to participate […]