KP Smith (they/them) is a designer, director, creator, and singer-songwriter who has worked across western Canada. They focus on sharing and telling LGBTQ2SIA+ stories through their work while building community through representation and a growing arts scene in Calgary, AB.

KP Smith has worked on and created a multitude of projects including award-winning productions with Calgary-based clown duo The Tighty Whities, and the puppet musical Timmy, Tommy, & the Haunted Hotel with Pape & Taper.

KP Smith is currently the Artistic Associate at Vertigo Theatre and is an award-winning singer-songwriter. 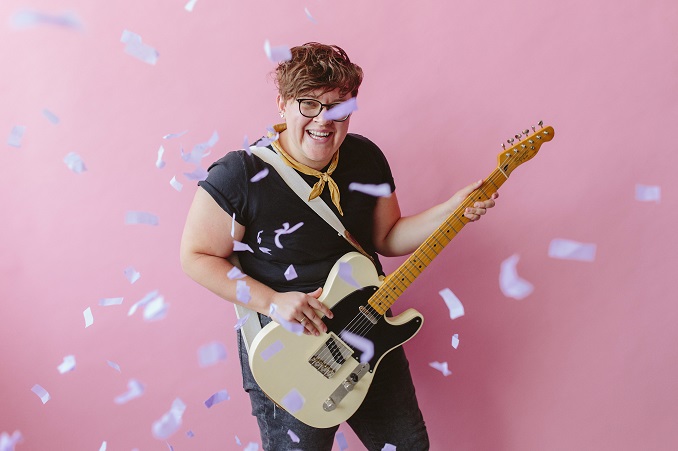 Just the EP “She Reads Maps”!

Write the song list down in sharpie, save coffee for after the show, and put spare picks in my left pocket.

Studio all the way!

Upcoming workshop presentation of my new solo show (follow me for dates); I’ll be writing original music and doing sound design for The F Word at Alberta Theatre Projects in January.

Anything in Parkdale because it’s an awesome community to live in.

Bowness Park – because you can everything there.

For small venues: Asylum for Art; For big venues: The Bella Concert Hall

“Five Minutes With” leader and creator of “Tendavillage”, Kate Melvina

Kate Melvina is a singer/pianist/composer is the lead vocalist, writer, producer and keyboardist for Tendavillage. Their debut single EP, which Toronto’s iLiveRadio praised as “Criminally slept on” and a “Future Classic” was featured on many […]