We had the chance to catch up with the comedian Barry Piercey about his roots, influences and his storytelling style! 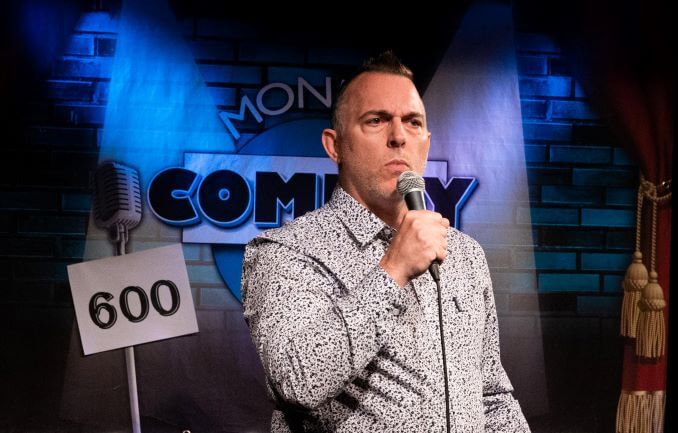 I am definitely a Story Teller style of a comedian. Being originally from Newfoundland, stories get told all the time while sitting around.

Standup-wise, people like Mike Birbiglia and John Mulaney. For Improv, Dennis Cahill (Artistic Director at the Loose Moose Theatre, Calgary). For life and my work ethic, definitely my Dad.

Depends on the show and the set. Most times it’s sitting down with my notes and writing out my set order on a cue card. Then, I do a lot of walking around while mumbling bits to myself J

Tough one. The Laugh Shop and Yuk Yuks are always great shows, and crowds are fun. My first venue that I ever produced comedy in is Fitzsimmons Brewing in Airdrie. It’s been built up and always has a great crowd there for a weekend of shows. There is definitely something special about performing a sold-out show in that room.

Any bit that starts as a real story, and then I tag it up with some additional punch. My “Peckerino” bit comes to mind for that. Also, anything that makes my wife laugh is a fave.

Youtube. To a certain extent, Netflix, but that is generally more so for comics that I already know.

I’ll tell you one about the small town where I grew up instead. Super small town in Newfoundland (population 97), with big city attitude. Only two roads, the high road and the low road. But the residents refer to it as uptown and downtown.

Always! I produce monthly shows in Calgary, Airdrie, Okotoks, Cochrane, and Strathmore. All of them can be found easily on www.taproomcomedy.com.

I will be opening for Canadian comedian Shaun Majumder at the Deerfoot Inn and Casino on 18 June.