Dale Ward is a stand-up comedian, versed in observational comedy who uses analogies to really draw connections for the audience. His act is edgy, relatable, to downright racy! Along with comedy, Dale is also an actor and artist with over 215K followers on Tik Tok. 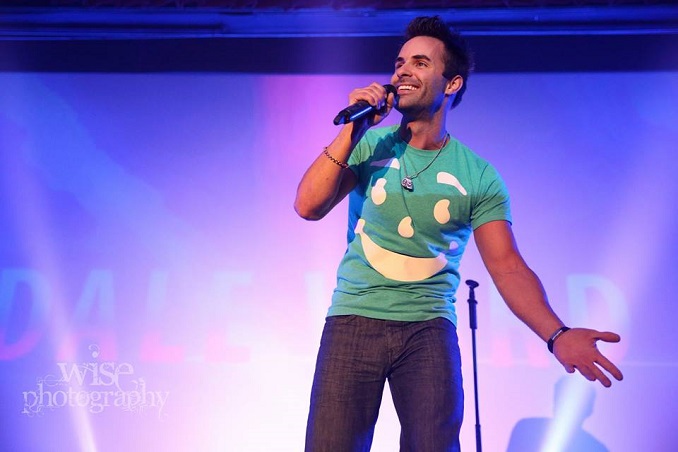 I would describe my comedy style as one-liners, true stories, and odd observations. Whatever I find funny that makes other people laugh… I guess I don’t really have a style.

My influences on my comedy style would be Jim Carrey and Chris Gordon. I love both of those hilarious Canadian comedians so much and they are both incredible to watch!

My favourite comedian when I was a kid was George Carlin and then as a teen, it was Bill Hicks.

I think my favourite place that I’ve performed at would be the Edmonton EXPO Centre because I opened for Tom Segura in front of 5000 people!

My favourite bit that I’ve written lately would be my bit comparing men to buses because it’s a great metaphor with so many tags and punchlines. Fun fact: it’s based on an interaction between myself and my English teacher in High School.

My favourite way to find new comics/comedians is to go watch a show and see who is in town… and then also get recommendations from those comics on which specials to watch; usually on Netflix or Amazon Prime.

It’s funny to me that Calgary has a Straight Pride celebration every year. But the Calgary Stampede can be very fun. They even have a parade!

Right now I’d promote my shows where I’m headlining YukYuks Calgary on Halloween weekend (October 28/29) and my weekly $5 Thursday amateur show which I produce and host.

Other local comics you should know about if you don’t already know:

“A Day in the Life” with Oji-Cree Crafter Tamara Eaker

Tamara Eaker is an Indigenous Mohkinstsis (aka. Calgary) local. She is the creative mind behind Oji-Cree Crafter, her 2018 start-up. She was formally educated in Indigenous Studies and Graphic Design. Her different artistic practices span […]

“A Day in the Life” with Canadian Multifaceted Artist, Nick Bohle

Actor, composer, producer, director, musician and the list goes on for Albertan Nick Bohle! Lethbridge has been his home since returning from Vancouver in 2012. Alumni of the University of Lethbridge and the Art Institute […]

“A Day in the Life” with Calgary artist Gillian McCarron

Gillian McCarron enjoys roaming the spaces between depth and breadth. The adeptly-placed brush strokes of her recent bird series reveal the extent of her attentiveness, and the exploratory nature of her new texture series reveal […]