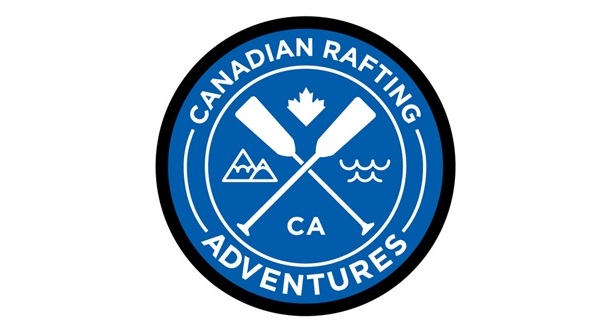 White-water rafting is a fantastic way to experience a fast-paced river. The large volume boats, coupled with an experienced guide at the helm, allow you to confront some gnarly waves head-on and live to tell the tale. Anyone that’s been on a rafting adventure can attest to the unnerving feeling of approaching that first wave and then having that discomfort morph into exhilaration and anticipation of the next one! Living in Calgary has afforded me the opportunity to raft several rivers including the Kananaskis, the Kicking Horse, the Fraser, and the Adams and each time I leave wanting just one more set of rapids. Recently I had the pleasure of chatting with Dave Pearson and Matt “Clarky” Clarkson of Canadian Rafting Adventures about their company, their favourite rivers, and what it’s like being a raft guide. Canadian Rafting Adventures (CRA) was founded by Ben Thackeray and the aforementioned Pearson back in 2009. Clarkson and Pearson have rafted all over Canada and the world for over a decade and after meeting one another in the Bow Valley they decided to join forces and deliver the best parts of the rafting industry to their paying guests. The adventure started on the Highwood River, a tributary of the Bow River in southwest Alberta, and has since grown to include rivers in British Columbia and the Yukon.

“Over the years I have seen the good and the bad in the rafting industry. I have worked for companies with poor standards who only care about the number of people on the river and I have worked for companies who had a great commitment to their standards. Dave and I figured it was time to create a company where the focus was 100% about the experience.”

CG: “What sets CRA apart from all the other companies out there?”

At CRA the owners are your guides! Primarily it’s just us (Dave and Clarky), but we will personally hand-pick additional guides when needed for larger expeditions, such as those in the Yukon. These contract guides are just as committed to the experience as we are; we know them and trust their abilities on the water. We also like to keep our trip sizes small when compared with other guiding companies. The small size allows us to really get to know our guests and ensures we can make each trip as meaningful as possible.

CG: “What skills/training does one need to become a raft guide?”

You might be surprised to learn that there is no governing body for raft guides in Alberta and essentially there isn’t a raft guide certification available. That being said all of our guides are trained and certified in Swift Water Rescue and have their Wilderness First Aid or equivalency before leading any trips. Experience counts for a lot in this business and our team has a lot. We also do in-house training with each of our guides, also known as Guide Schools, where they lean the intricacies of the river they’ll be guiding on. In terms of specific skills, strong and effective decision make skills are essential. Rivers change all the time, whether it’s the water level or features moving around, so even if you’ve guided it hundreds of times it can look quite different and you need to be able to make important decisions on the fly that can affect the whole experience.

CG: “I know there are different classes of white water (Classes I to VI), so what classes do CRA trips usually involve?”

This is all dependent on the river and the group. Typically we can have anything from Class I to Class IV. There are very few companies out there that will run Class V, especially in western Canada where our rivers are extremely cold. It used to be assumed that Class VI was unrunable, but today with the way technology has progressed and how far humans are pushing themselves it has been done. Although the guys running Class VI are sponsored by companies like Red Bull and if they make a mistake they’ll end up dead!

CG: “Do your guests need any prior skills or knowledge to take part in a trip? Are there any age restrictions?”

No, guests don’t need any prior skill set or knowledge to be able to enjoy a rafting trip. We’ve had children as young as 5 on board a raft, but those trips are usually on Class I or II rivers as opposed to bigger water. It all just depends on the children, their guardians, and what they’re comfortable with. The toughest part can be determining whether the child (and the guardian) understand the associated risks and that they may end up swimming in cold water at some point during the day.

CG: “What’s the best river in the Calgary area for white water rafting? What makes it so special?”

The Highwood, and we’re not just saying that because we operate on it! The Highwood is filled with lots of really fun rapids from beginning to end, plus you have the uniquely Albertan scenery. You start off driving through cowboy country with rolling hills and farmland, but the Highwood is running through a canyon so you get a completely different perspective on things once you’re inside the boats. The landscape changes, the wildlife changes, it’s beautiful. Instead of cows you get Moose; we tend to see a lot of Moose during our Highwood trips! Due to fluctuating water levels we can only operate on the Highwood during the spring runoff. Usually there’s a six-week window where we can run trips on that river, so keep that in mind if you’re planning a trip next spring.

The other river in Alberta that is absolutely fantastic is the Ram. We put in below magnificent Ram Falls and continue down the river, portaging around two additional waterfalls. The Ram is also very dependent on flow rate and it can often be too high to raft it safely, however this year the water level was too low for trips to happen. It’s been a drought year in this part of the country for sure. If you don’t mind a further drive the Kicking Horse River that runs through Golden is also worth the trip.

CG: “I know CRA isn’t limited to just Alberta rivers. What other rivers are you currently operating on?”

Outside of the Highwood and the Ram here in Alberta we also offer multi-day expeditions on the Babine/Skeena and the Nass Rivers in British Columbia, as well as the Tatshenshini River in the Yukon.

CG: “White water rafting is an inherently dangerous activity. How do you minimize the risks associated with this sport while on the river?”

We try and mitigate risk in a number of ways. We meet or exceed the industry standard in a variety of areas. We are fully insured and all of our guides are adequately trained to handle emergency situations. We use top of the line gear on all of our trips, including the gear our guests receive, and all of our gear is kept in top shape. Before we ever get on the river all guests receive a safety briefing about the dangers of moving water and what to do should the boat capsize.

CG: “There’s a river in front of you, what’s your ideal means of travelling down it (raft, canoe, kayak, SUP etc.)?”

That all depends on the river. Each of those are better for different reasons, it just depends on the river and what you’re looking for. If it’s a slow moving river without many obstacles a canoe is always nice, but if it’s fast with varied features that you can play in than a kayak might be best. But how can you argue against a raft and all the thrills that come with it? Choose wisely though and you’re sure to have a good time!

I would like to point out that several of CRA’s expeditions take guests to a very special place known as the Sacred Headwaters. This area, about the size of England, is currently an undisturbed environment that has great cultural, economic, and environmental significance to the people that live there. Unfortunately the Sacred Headwaters are under threat of large-scale resource extraction and development that would destroy its integrity. The CRA are proud supporters of the Skeena Watershed Conservation Coalition and 5% of all trips on Sacred Headwaters’ rivers will go directly towards efforts in protecting this important site.

If you’d like to plan a trip with Canadian Rafting Adventures or just want to connect with the crew please visit their website or find them on Facebook, Twitter, and YouTube. I’d just like to take this opportunity to thank both Dave and Clarky for taking time out of their busy schedules to meet with me and make this story a reality. Hopefully one day we’ll find ourselves sharing a raft on one of Alberta’s wildest rivers!

Wild Jobs is a running series that focuses on people in outdoor-related professions. It provides a brief snapshot of their career and the duties that it entails. Please see my previous post, Wild Jobs Part Six: Professional Outdoor Athlete to learn more.

*featured image (at top) is the Staircase Rapid along the Highwood River. Photo Credit: Julie Pearson

The very first story I published when I started writing for the Calgary Guardian back in 2014 was all about stand-up paddleboarding (SUP). More specifically, how one could change their perspective on the traditional mode […]

Historical Photos from the Siksika Nation

The Blackfoot Confederacy, or Siksikaitsitapi, is comprised of the Piikani, the Kainai, and the Siksika Nations, as well as the Aamskapi Pikuni in Montana. Since time immemorial the Siksika were the children of the plains and […]

The prairies meet the Rockies in Waterton Lakes National Park. The park was first established on May 30, 1895, making it Canada’s fourth national park. Waterton is celebrating its 125th birthday this year. The park […]