The Luminary Plot rose from the ashes of another band that guitarists Jesse Kopala and Kade Wolfe were in, and the end of that project gave them the time and determination to start something with a different focus, moving from a melodic death/metalcore to a dynamic, post-hardcore inspired sound. Bringing a tight and crushing live show to the audience is of utmost importance to the band and they are looking forward to sharing their brutal and beautiful music with fans around the world. 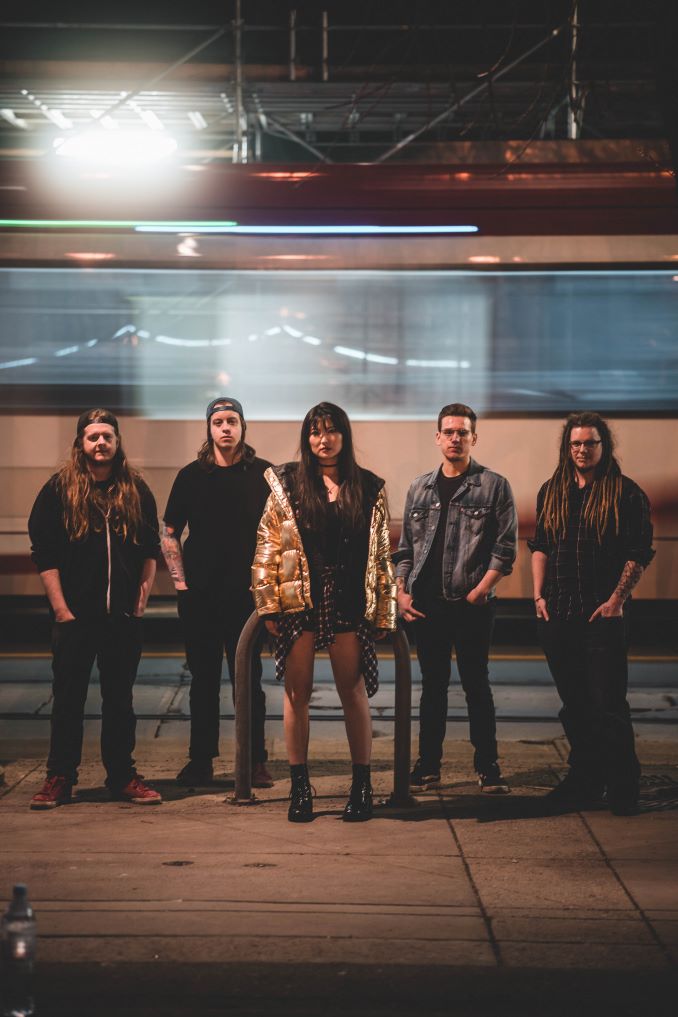 Live Show Ritual:
Jesse – Headbang, forget where we are
Kade – Jager bomb/beer and lose my shit
Kalie – Lollipop
Jared – Weed
Dan – Get my rings on, smoke some weed and chug some beers

We have too many friends around here to make such a proclamation!
Jared – Shark Infested Daughters
Dan – The Highkicks

LP! EP’s are always too short.

Depends who you ask, and some of us are both some of us just don’t know anymore. Sleep is for the week. Kalie hasn’t seen the morning sun for almost a year.

Studio, but only because dunno what the road tastes like yet.

Die Another Day is one of Calgary, Canada’s freshest bands. Conceived in the spring of 2019 with a variety of inﬂuences, the quartet expands into multiple genres, getting fans excited to embrace different styles of […]