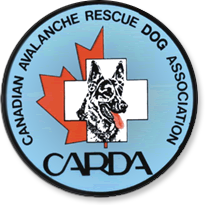 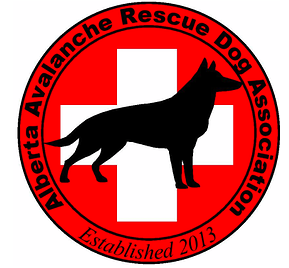 Powder hungry Canadians are flocking to the backcountry in record numbers. The sale of avalanche safety gear and backcountry permits, as well as hut reservations have all tremendously increased over the past few years. With unprecedented growth in what used to be a fringe industry, skiers, snowboarders, mountaineers, and snowmobilers that frequent the backcountry are exposing themselves to avalanche risk like never before. Using proper gear, checking bulletins and forecasts, and getting trained are just some of the ways backcountry users are mitigating risk in avalanche terrain, but even with all of that you may find yourself in a perilous situation where an avalanche is inescapable. This is where the dedicated members of search and rescue teams come in. More specifically in this case, where man’s best friend takes over.

The Canadian Avalanche Rescue Dog Association (CARDA), formed in 1978, is a volunteer non-profit charitable organization that aims to maintain a network of search and rescue teams across the country. They currently have 23 teams spread across British Columbia and Alberta ready to be deployed in case of emergency. Recently I spoke with Logan Bennett, the president of the Alberta Avalanche Rescue Dog Association (AARDA), about training, operations, and his work as a handler. Logan had to retire his partner Cai for health reasons in 2013 and is currently working with his younger dog Ferra at Sunshine Village.

Logan explained that the dogs and their handlers must go through vigorous training in order to be validated as a search and rescue team. It takes roughly two years for a dog to become fully qualified and each team needs to be reevaluated every year. It’s important to note that the Royal Canadian Mounted Police (RCMP) and Parks Canada are in charge of the validation process. It’s not just the dogs that undergo rigorous training. Each handler must meet his/her own set of requirements, such as being a strong intermediate to advanced skier, be trained in all aspects of avalanche rescue, and be working in an avalanche-related field or spend a considerable amount of time in avalanche-prone backcountry areas. In Logan’s case he has over 15 years experience as a ski patroller and is a valuable member of Sunshine’s Snow Safety Team.

When searching for the right dog, handlers will look for “drive” within the dog’s personality, particularly “prey drive” and “hunt drive”. Prey drive is when a dog sees something go past them, like a ball, and has the instinct to chase that object. While hunt drive is if that same object disappeared from their field of view the dog would continue to search for said object until it has been found. Prey drive and hunt drive are very important in establishing the right character in the dogs for the work they’ll be doing. You want a dog that’s wired to keep searching for the object and not give up or become frustrated when it can’t be found quickly. The longer and harder they search, the better that skill transfers over to search and rescue situations.

In the event of an avalanche, the size of the debris field would indicate the number of dog-handler teams deployed. Most of the time a single team would be able to cover the affected area, but during larger avalanches multiple teams might be required. Logan and his dogs have not been called into action yet, but they’ll be more than prepared when the time comes to respond to an emergency.

Although the dogs are considered working dogs, Logan currently lives in an apartment, which means he doesn’t have the ability to kennel the dogs in a run outside. As a consequence they get used to being indoors around people, making them pets, as well as workers. In Ferra’s case, Logan keeps her in a kennel while at work and generally doesn’t let anybody else interact with her. This ensures that all of the praise Ferra receives comes directly from her handler, further strengthening their bond. At the end of the day the dog needs to listen and respond to the commands of the handler or the whole dynamic of the team is lost.

If you’re heading into the backcountry this winter make sure you take the proper precautions. Get trained in avalanche rescue and safety by taking a Canadian Avalanche Association course, ensure you have the proper gear and know how to use it, and check avalanche forecasts in your area by visiting the Avalanche Canada website. Even if you take all the necessary steps in preparing yourself, avalanches are still imminent hazards for recreational backcountry users. Luckily we have the highly trained volunteers of the Canadian Avalanche Rescue Dog Association that are ready to respond 24 hours a day, seven days a week in the event of an emergency. Their dedication to saving lives and willingness to put themselves in harm’s way is something that should not go unrecognized. From everyone who ventures into the Canadian backcountry, we thank you for your time, your commitment, and your effort in continuing public safety.

I’d like to thank Logan Bennett for taking time away from his busy schedule to answer my many questions. Without him, this story wouldn’t be possible. If you’d like to help, donations can be made to both AARDA and CARDA by visiting their websites. You can also follow CARDA on Facebook and AARDA on Facebook and Twitter.

The following is a short video clip courtesy of Global News Calgary that looks at Ferra’s Training Day.

Historic Photos of Skating from Across Alberta

Have you ever heard of wild ice skating? To put it simply, it’s skating on a frozen lake. In the Canadian Rockies, a trifecta of ideal conditions are needed to make that perfectly smooth, crystal […]

Despite hopeful pleas winter has decided to show up for another year, but that doesn’t mean you can’t enjoy the outdoors.  Now that Calgary is covered in a blanket of the white stuff, it’s the […]