Calgary-based Miesha & The Spanks have released their new album Singles EP, produced by Western Canadian Music Award winning artist Leeroy Stagger, who turned their signature sound way up and imbued their crunchy mono-guitar sound with extra doses of fuzz and feedback, guaranteed to get the blood pumping. Miesha & The Spanks offer a dynamic mixture of punk, garage, and hard rock embellished with straightforward lyrics, gritty production and hard hitting performances. Inspired by proto punk classics like The Runaways, MC5 and The Stooges, and 90s riot grrrl/grunge like L7 and The Gits, M&TS conjure an energy that hits you in the face, throwing you into a world of killer riffs and sweaty gig venues. Originally a punk rock kid from the East Kootenays, Miesha Louie started this project a decade ago after moving to big city Calgary. She toured and released like crazy, building momentum and a reputation for her DIY approach, with any drummer up for the challenge. Joined by Sean Hamilton six years ago, he brought a big Bonham style that’s intuitive like John Freese, always creating the right feel for the song. 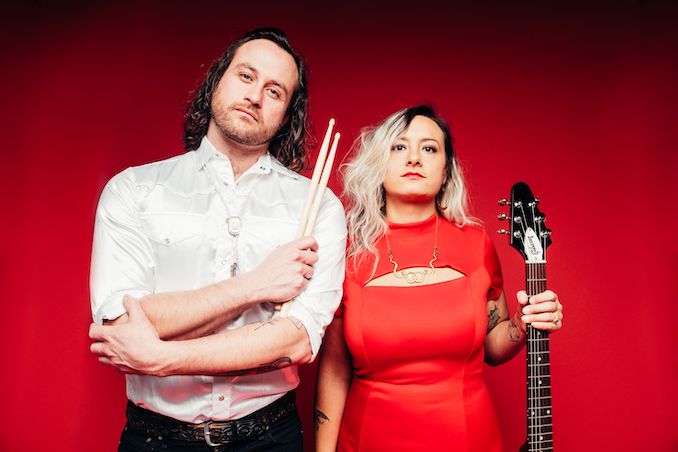 Latest Video: “I Want Fire” and our ‘Spanks World’ webisodes:

Myhre’s Deli has the best smoked meat in town.

A shot of Jameson as we get on stage

Not easy to answer! The local band I can’t wait to gig with the most is Stripmall.

Check out Singles EP! If nothing else in the world goes wrong, our next confirmed performances are at Future Echoes music festival in Sweden, and Tallinn Music Week in Estonia, both not until mid-late September.

Scarlett Butler is a new Canadian music duo comprised of Troy Kokol and Joni Delaurier. But ask anyone in the Canadian country music industry and they would be known better individually for crafting songs you […]