Through the first quarter of the 2021-22 NHL regular season, few teams have surprised as much as Darryl Sutter’s Calgary Flames. 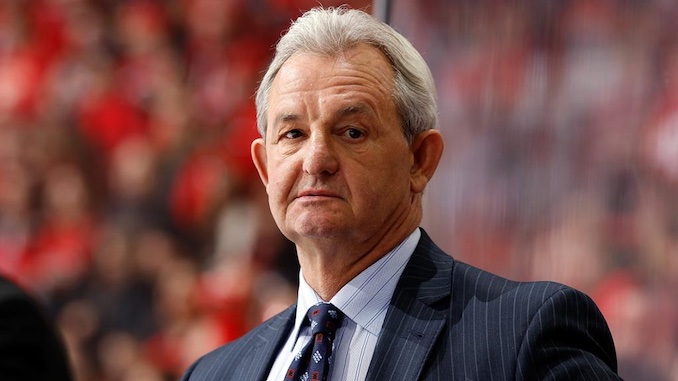 Following a disappointing fifth place finish in the North Division that saw them miss out on the postseason for the first time in three years, the Flames (13-4-5) have quickly emerged as an early season Stanley Cup favorite.

The month of November concluded with the Flames sitting atop the Pacific Division with 31 points, though the archrival Edmonton Oilers were just one point behind them with two games in hand.

The Flames enter December with the ninth-best Stanley Cup odds in the Ontario Online Sports Betting community thanks in large part to a) the league’s best goaltending thus far and b) the structure that the renowned defensive genius Sutter has implemented.

Jacob Markstrom and Dan Vladar have combined for a whopping seven shutouts in just 22 games. The remarkable play of those two cannot be overlooked, but it also helps playing behind  a top-notch defensively structured team.

Calgary is the NHL’s stingiest team, allowing only 1.95 goals per game. They’re also surrendering the fifth fewest shots at 29 per game.It’s not hard to spot similarities between these Flames and Sutter’s 2012 and 2014 Los Angeles Kings Stanley Cup championship teams.

The Flames have 15 games in December. They’ll commence a four-game road trip on Thursday against the Kings (10:30 p.m. EST).

Rick Valette — the agent of Boston Bruins forward Jake DeBrusk — confirmed to TSN’s Ryan Rishaug that his client has requested a trade.

On Monday, Nick Kypreos reported that the Flames and Oilers are among the teams interested in DeBrusk, with the Carolina Hurricanes and St. Louis Blues “in the mix” as well.

But the speedy forward hasn’t gotten anywhere close to that potential 30-goal form since the start of last season. Since the start of the 2020-21 campaign, DeBrusk only has eight goals and 12 assists in 59 games.

It’s unclear what the Bruins’ asking price is, but given his age and 20 to 30-goal potential, DeBrusk would be an intriguing fit for Calgary. There’s no shortage of capable scorers in the lineup, but it doesn’t hurt to add another talented forward who simply needs a fresh start.

There’s plenty of hockey to be played, but it’s hard to not already like Calgary’s chances of claiming one of the top two seeds in the Pacific.

Calgary and Edmonton figure to be neck-and-neck throughout the season for the division title. The surprising Anaheim Ducks and San Jose Sharks are in the race as well, but regression feels inevitable for the two teams that are both in the early stages of a rebuild.

As their respective records indicate, both the Flames and Oilers are evenly matched. But Edmonton is mostly being carried by the superstar duo of Connor McDavid and Leon Draisaitl, and those two have masked the team’s leaky goaltending thus far.

This group simply checks off all the boxes you look for in a championship contender, whereas the Oilers will only go as far as McDavid and Draisaitl can take them. And as we’ve seen since McDavid’s 2015-16 rookie year, he and Draisaitl often miss the vital support when the playoffs roll around.

Calgary’s formula and superior roster depth should be enough to narrowly outlast Edmonton for the Pacific Division. This is a division race that should go down to the wire, but when all is said and done, it will be the Flames’ celebrating their second division title in four seasons.