Calgary, Canada is home to a well deep-rooted culture of winter sports. The tradition stems from the city’s strategic position, with close proximity to the Rocky Mountain of Alberta and Banff National Park. The city was privileged to host the 1988 Winter Olympics. 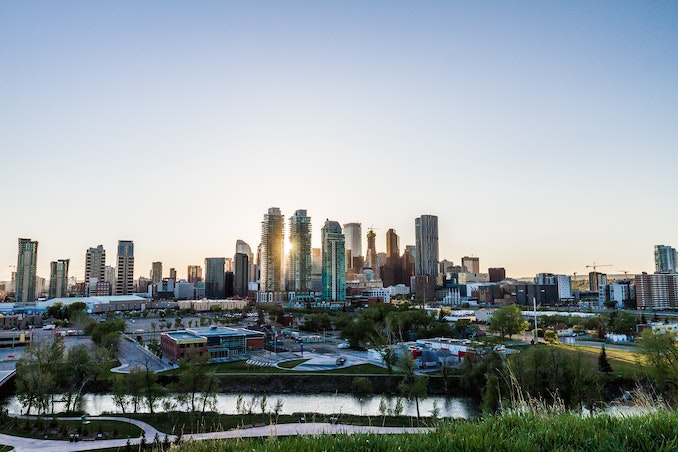 Beyond winter sports, Calgary has several amateur and professional sports teams and is also one of the major world pro rodeo centres. Calgary’s Stampede Park hosts the annual Calgary Stampede.

Besides playing hockey and football, many Calgarians will usually spend time at a top Canadian casino online to play poker, blackjack and slots.

As we had mentioned in the introduction, Calgary hosted the 1988 Olympics. Most of the Olympics facilities are still functional as key high-performance training facilities. Some of the most notable are the Olympic Oval and WinSport’s Canada Olympic Park.

Calgarian athletes often take advantage of the city’s high altitude to enhance their physical limits. With world-class training facilities and the close proximity to the Canadian Rockies, the city attracts athletes from all over the country and around the world for the sole purpose of training.

The city has a multi-purpose arena, the Scotiabank Saddledome, which was previously called the Olympic Saddledome. This was the first modern sports arena in North America, with the capacity to accommodate an Olympic regulation-sized ice rink.

The major open-air stadium in Calgary is the McMahon Stadium, which served as the site for the opening and closing ceremonies of the Olympics. The stadium currently serves as the venue for Calgary’s professional football team, the Calgary Stampeders with the Canadian Football League. It’s the fifth-largest stadium in the country with a capacity of 35,400.

The Olympic Oval is the city’s major speed-skating arena, but it’s also used for high-performance training and accommodating hockey games. The arena’s ice rink is popular around the world and often brings together the best speed skaters in the world for training and competition.

Ask around and they will tell you that The Oval is touted to have the fastest ice on earth. This is true because the arena is a climate-controlled facility. The high altitude is also known to enhance the ice surface for speed-skating.

For these reasons, numerous world records have been broken in The Oval. This was the arena where the likes of Cindy Klassen and Catrina Le My Doan trained for their world and Olympic stardom.

This facility is popular for snowboarding, skiing, skating, mountain biking, hockey, luging, and bobsleighing. A lot of history has been made at the WinSport’s Olympic Park, with appearances from the likes of Eddie the Eagle and the Jamaican bobsleigh team.

There are two soccer domes located in NW and SE Calgary. These domes allow for indoor soccer play. Other sports venues in Calgary and its surroundings include Foothills Stadium.

Locals love cheering their hometown teams during home matches. Calgarians are privileged to have many professional sports teams. The Calgary Flames rank at the top of the list, with a significantly huge loyal following. Bars across Calgary fill up to the brim on game nights.

The C for Red fanbase is recognized as one of the most loyal and passionate supporters in the league. However, hockey is only one of the many sports that Calgary is applauded for. Below are the top professional sports teams that call Calgary home:

This is one of Calgary’s most celebrated professional teams. The Calgary Flames in the local hockey team. It was founded in 1972, and 16 years later, it won the Stanley Cup in its first championship game in 1988.

Although the Calgary Flames is yet to win another Stanley Cup since 1988, they have gotten so close to getting a hold of it on many occasions. All Calgary Flames home games are played at the Scotiabank Saddledome.

The Calgary Stampeders stand as the winners of the 2018 Grey Cup, making them a force to be reckoned with in the Canadian Football League (CFL). The team was founded in 1945 and they have managed to win the Grey Cup eight times since then.

What makes the Calgary Stampeders very popular is their culture and tradition where a live horse mascot, the Quick Six, charge across the stadium’s length with every touchdown. All Stampeders home games are played at the McMahon Stadium. The team is always working to bring the Grey Cup home – where it belongs.

The Roughnecks are Calgary’s professional lacrosse team that plays at the Scotiabank Saddledome. The team was founded in 2001 and it is a member of the Western Division of the National Lacrosse League.

The Calgary Roughnecks have won a total of three division championships in 2011, 2009, and 2005. The team’s thrilling lacrosse games are a big traction for Calgarians, and when coupled with the energy given by the Mascot, Howie the Honey Badger, the excitement and thrill of the games are always contagious.

This is one of the top Canadian professional soccer teams, and it’s based in Calgary. However, the club hasn’t been around for long enough, considering that it was only founded in 2018. That notwithstanding, Calvary FC triumphed to the top of the map by winning the 2019 Canadian Premier League Spring Season.

All Cavalry FC home games are played at the TCO Field on the Spruce Meadow grounds.