Vancouver, situated upon the vibrant west-coast and at the base of breathtaking mountains, is rich with artists and comedians who channel the surrounding natural beauty and energetic city through art and performance. Having been both a cultural and industrial epicenter of Canada for many years, the city is also abundant with history and a variety of landmarks. This guide will direct you to some of Vancouver’s best visual artists, comedians, and historical photos. 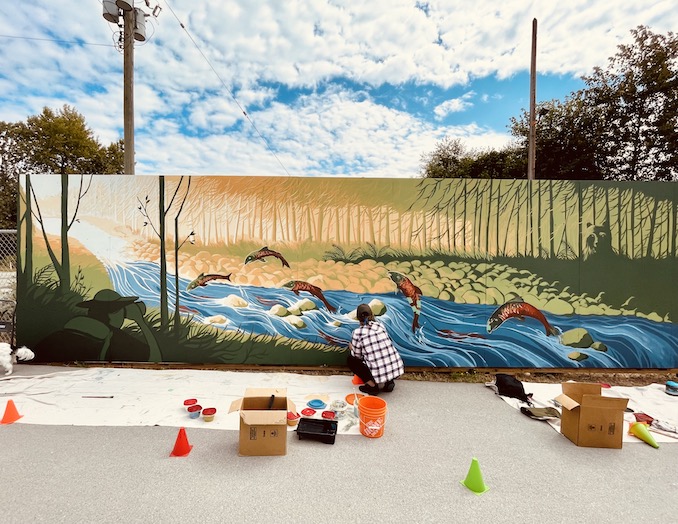 Carolyn Wong is a Toronto-born, Vancouver-based artist, whose main focus is drawing and painting depictions that tell a narrative and incorporate the natural beauty of the Pacific Northwest landscape that surrounds her. Prior to her move to Vancouver, Wong had felt a draw to her artwork and decided to alter the course of her teaching career in order to pursue a full-time future in art. She is now thriving in the digital painting space, with her artwork shifting as she becomes further inspired by the ample nature around her.

Russell Wang, better known as RSLW, is a Taiwanese-Canadian contemporary artist and designer, currently based in Vancouver, Canada. Wang works predominantly with oil and acrylic paint, aiming to render anomalous depictions of traditional or popular characters and symbols. Wang’s interest in fine arts was first piqued at only 5 years old, and has since blossomed into portraiture work that provokes common composition and incorporates influences from both Japanese Otaku and classic American pop culture.

Lauren Grant is an award-winning Canadian film and television maker, striving to increase the volume of women in front of and behind the camera and advocating for female-driven content in the film industry. Grant is best known for her moving yet nuanced style, including her directorial debut, Things We Feel But Do Not Say, which was inspired by her journey to motherhood, normalizing the common experiences of women and mothers that are often stigmatized. 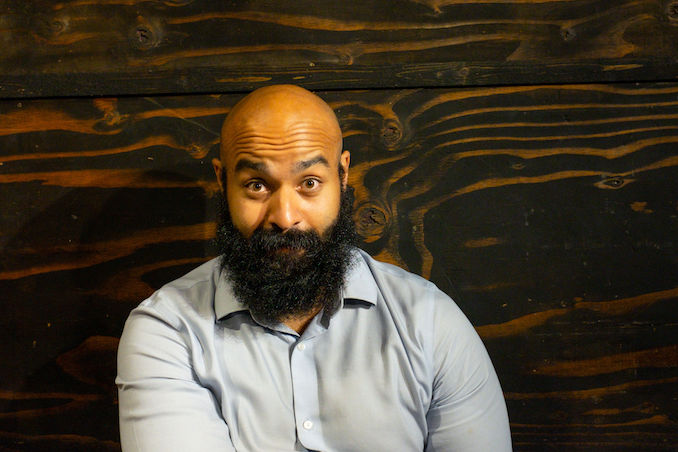 Abdul Azaz is a Vancouver comedian who focuses primarily on Race, Science, Culture, and Religion, aiming to critically examine these themes from his personal perspective while incorporating an absurdist style to soften these serious topics. Currently, Azaz is hosting a bi-weekly show at Little Mountain Gallery entitled Coupon Book and is collaborating with fellow comedians on a Dungeons and Dragons podcast called Spout Lore.

Sasha Mark is a political commentary-based comedian who simultaneously emphasizes his goofy and charismatic style. Right now Mark has a monthly show at The Havana Theatre, called the Sasha Ha-Ha Show at The Ha-Ha-Havana Theatre, which is an alternative comedy show that incorporates a variety of Vancouver comedians as well as specialty acts such as improvisers, drag artists, and choral singers. In addition, Mark is the General Manager of Blind Tiger Comedy, a studio where improv, sketch comedy, and stand-up are all taught by comedy pros.

Rachel Schaefer is a Vancouver-based stand-up comedian, specializing in local comedy and observational commentary. Recently she performed in a show called Hot Takes along with several other comedians, and has performed on several occasions at the Little Mountain Gallery, a popular Vancouver comedy hub, where she is the 3 time Vancouver Roast Battle champion and looking forward to defending her title.

Having numerous rivers as well as vibrant cities and towns situated on islands disjointed from the mainland, the city of Vancouver is rich with bridges, all varying in their architecture styles and function. Click here to visit a gallery of historic bridge photos in Vancouver, showcasing everything from the landmark Lions Gate Bridge to the Georgia Street Viaduct, and their evolution throughout time.

With a vast assortment of pristine provincial parks and secluded campgrounds, British Columbia is rich with opportunities for camping, RVing, and living the van life. Dating back to the 1800s camping has been recorded on film, some photographs evidencing the use of tents, campfires, and even instruments. Click here to visit a selection of photos proclaiming both campers from over 100 years ago, as well as the breathtaking scenery surrounding them.

The city of Vancouver is abundant with culture from around the world, with a variety of cuisines today, but also a wide array of restaurants and eateries since the 1800s. Click here to visit a gallery of historic images recording the street views and interiors of the many restaurants where Vancouver’s residents would eat, drink, socialize, and entertain.