IMONOLITH is a hard working and devoted group of accomplished musicians, who have amassed a ton of professional experience touring the world in their various bands over the years. Their collective live experience includes performing on mainstage’s at European festivals such as, Wacken Open Air, Download Festival, Hellfest, Summer Breeze and many more to playing sold-out iconic venues like, Royal Albert Hall and Red Rocks Amphitheatre. In just a few months they’ve amassed a fanbase of thousands worldwide through their Social Media pages.

IMONOLITH’s music is best described as a heavy, driven, and transcendent genre of metal. You can count on strong hooks, captivating and energetic vocals, backed by creative guitars and drumming. 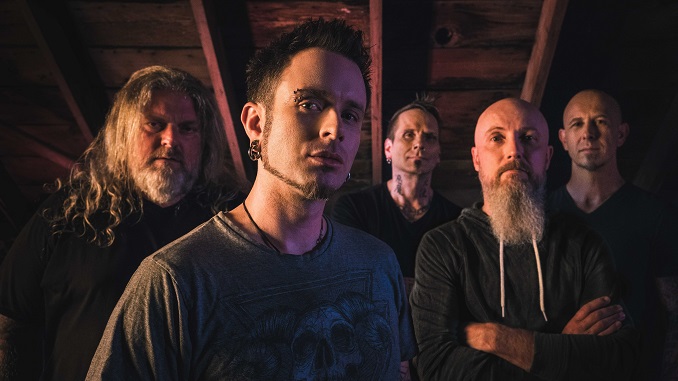 Latest Release: To be released 2019

Nirvana got me into playing guitar and singing as a teenager. Then I found bands like Metallica, Pantera and Korn.

Anything from Much Dance 1999

I’ve always been a fan of LP. The more material from an artist the better. However EPs are cool between albums, short and sweet

Early bird for sure. Love getting the day started early. Catch that sunrise

I love traveling, seeing places, and meeting people. Also love creating and recording music. Its great to balance both worlds.

We are recording our debut album in March for a mid 2019 release. Scheduled shows include:

SYRYN was founded by vocalist Sloan Voxx after seeing Amanda Kiernan of Into Eternity perform at Calgary Metalfest IV in 2015. After that performance, Sloan was inspired to set off on creating a band that […]

Diamonds on Neptune is 5 kids from Cowtown, Alberta feasting on local art and music. While the city has so much to offer, they’re hungry for everything that’s out there, far beyond where anyone has […]

Father Moon hit the scene in the spring of 2018, and since then have spent most of their time in the studio cultivating their sonic identity. With slow and sludgy riffs, dark and heavy tones, […]