Selena Fisher has become an integral part of the Calgary performing arts community because of her dynamic and powerful vocals as well as the way she commands and captivates an audience. The American-born musical theatre and jazz singer has performed around the world and now lives in Calgary with her husband Chris Fisher (wildlife biologist and author of Birds of Alberta) and their 2 little boys.

Selena can be seen on stage as an actor, as part of a jazz duo with her pianist Augustine Yates, or with their 4 piece jazz group featuring Augustine Yates on keys, Jonathan Wielebnowski on Bass and Nate Chiang on drums. With her band, she belts out covers of beloved jazz standards and familiar tunes. In addition to performing feel-good classic jazz standards, their repertoire consists of covers of well-known current pop songs that have a classic jazz spin to them, drawing in their audience with a fresh, yet familiar and soothing sound.

After taking 5 years off from working to spend time raising her babies in 2013, Selena jumped back into performing in 2018 landing the role of Eva Peron in the Andrew Lloyd Webber Musical, “Evita” with Front Row Center Players. This role earned her a CAT Award as Best Leading Lady in a Musical in 2019. Since then Selena has performed with Theatre Calgary, Storybook Theatre, Cowtown Opera, Asylum for Art, Alvin’s Jazz Club, and is represented by Fuze Entertainment Solutions for private events.

In 2020, Selena started her own Self Tape/Audition Prep studio called Best Self Studio YYC. With the amount of film and tv shooting in Calgary today her business is thriving. Through this studio, she films, coaches and reads for actors for film/tv/theatre auditions. 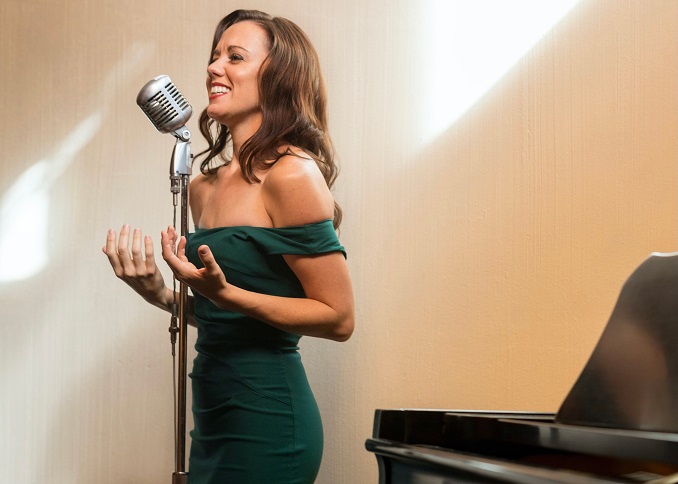 I started working as a professional singer/actor when I was 20.

I 2 I by Tevin Campbell from A Goofy Movie 🙂

There are so many talented, working jazz musicians in town I truly respect and learn from every day.

Neither?? One night of uninterrupted sleep from my kids is the dream.

Augustine Yates and I will be performing at “United We Art: An Eclectic Revue featuring the artists of Mohkinststis Calgary”. TBD at Inside Out Theatre in Eau Claire Market.

Stephen Ave of course! You can’t beat taking a stroll down a pedestrian-only street with tons of restaurants and live music every day in the summer!

Fish Creek for nature, bike trails and Annie’s Cafe for ice cream! I also love the River Walk in East Village for the biking, playground for kids and Sidewalk Citizen Bakery.

The King Eddy, Asylum for Art and Alvin’s Jazz Club in Westman Village.

Samantha Whelan Kotkas is a professional trumpet player, teaching artist, storyteller and award-winning children’s book producer with over 20 years working in the Alberta, Canada and International Arts communities. She is the second trumpet player […]

“A Day in the Life” with actor and singer, Cameron Chapman

Cameron Chapman is a hardworking actor who was born in Red Deer on April 3rd, 1997. They are a talented vocalist and amazing dancer whose talents have graced the stage since they were 12 years […]

Close your eyes… picture where you were the first time that you heard that really, really great song… the first one that comes to mind. The song with the jangling guitars, pounding drums, thumping bass, […]