Lion-like in its ferocity, Exit Division is a four-piece alt-rock band hailing from Calgary, Alberta. With its DNA rooted in post-grunge, Exit Division’s sound is known for its intense guitar riffs, in-your-face drum grooves, elaborate basslines, and haunting vocals reminiscent of early 90’s Seattle. Their philosophical lyrics lead listeners into the innermost crevices of the human experience, prompting a subtle and clever ambiguity well surpassing their youth.

Drawing on combined influences: Alice in Chains, Arctic Monkeys, Deftones, and Queens of the Stone Age, their first album Psychosis takes you on a journey across genre, time, and tempo, with powerful enigmatic storytelling that leaves you wanting more. From the stage, Exit Division will awaken a wild swarm of havoc with delicate precision, captivating you until the very last note. 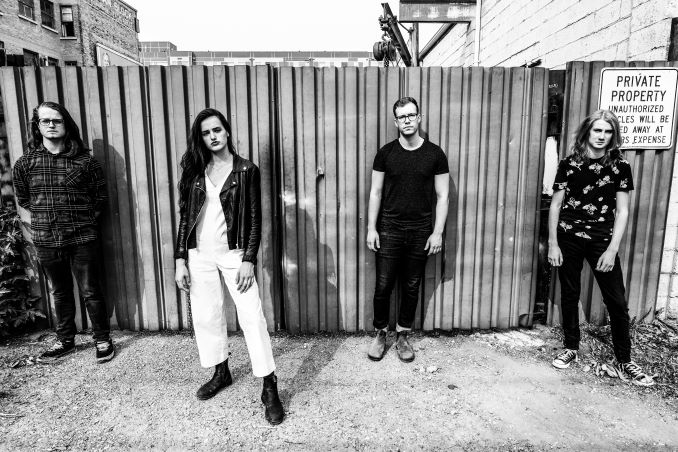 Growing up, the band (Maddie, Mason, Ben and Taylor) listened to a variety of artists across genres including Pearl Jam, Joni Mitchell, Black Sabbath and The Smashing Pumpkins each playing a role in cultivating the band’s current sound.

Currently, the band is drawing influence from bands such as Deftones, Alice in Chains, Queens of the Stone Age, Arctic Monkeys and more!

Singing songs in the car on the way to the venue.

We are currently working hard on new songs and hope to be in the studio very soon to begin the process of recording and releasing album #2.

Nicknamed Music Mile, 9th Avenue SE Calgary, is home to a very diverse group of venues including The National Music Centre, The Ironwood and The King Eddy.

RAVENOUS E.H. was forged in the spring of 2016 as the brainchild of vocalist R. A. Voltaire with the goal of blending influences from Thrash, Power, Black, and Progressive Metal into heroic Heavy Metal anthems. […]

Unafraid of both straight-up hooks and experimental song structure, RALEIGH is a band carving their own space in new music. Thoughtful refrains are woven by vocals, cello, and guitar, with drums and bass treading the […]

Calgary-based Souls in Rhythm (a.k.a. SiR) takes the fundamentals of funk and soul, and blends them with modern R&B. Rather than being impressionists of master artists of the genre, SiR has a modern sound and […]