Illuminated Minerva is a technical, progressive metal band, from Calgary, Canada. Brothers Nathan Bourgeault (guitar) and Jordon Bourgeault (drums) were both musicians growing up and eventually started their first project Sequoia, the beginning of their musical collaboration. Eventually, they moved on to form Illuminated Minerva, with a goal to push the musical boundaries further.

Rounding the lineup out is local scene veteran Matt Petti (bass) who played with drummer Jordon Bourgeault in Verbal Deception; and Pat Lawtey (guitar) who played with the international act Kobra and the Lotus.

The bond between brothers and former bandmates results in a very natural writing process for the progressive metal quartet. Knowing what works and what doesn’t comes easily and allows the band to intertwine astral riffs, and technical harmonies highlighted by the absence of vocals. Combined with archived audio clips the result is oratory artistic storytelling taking the listener through space and time, exploring conspiracies and unanswered questions. 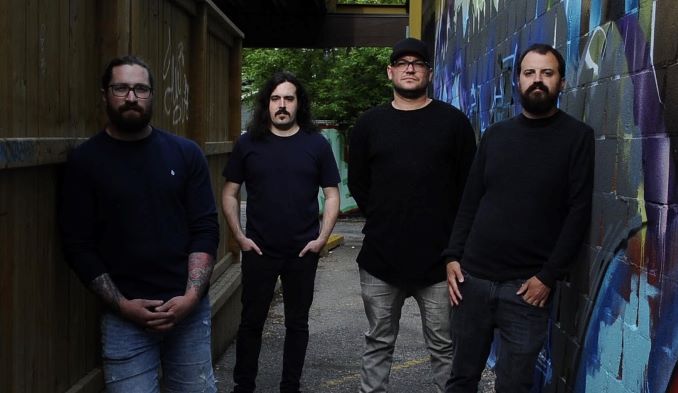 Slam a pint after the set

We have a new full-length album coming out on September 25th called “Enigma Adamantine”. Check out the single and music video “Sightings”, the first single we’ve released from it.