There’s no doubt that Stephen Avenue is one of Calgary’s most popular attractions. The avenue has everything from restaurants and bars to shopping and theatres, making it the go-to spot for a night out or a day of exploration. Stephen Avenue is lined with historic buildings and the street is closed to traffic, making it a pedestrian-only zone. As one of Calgary’s most iconic thoroughfares, Stephen Ave has undergone a lot of changes in recent years. And there are more to come thanks to The Future of Stephen Avenue Project, a multi-year City of Calgary project designed to reimagine the destination location and position it for a renewed era of success. 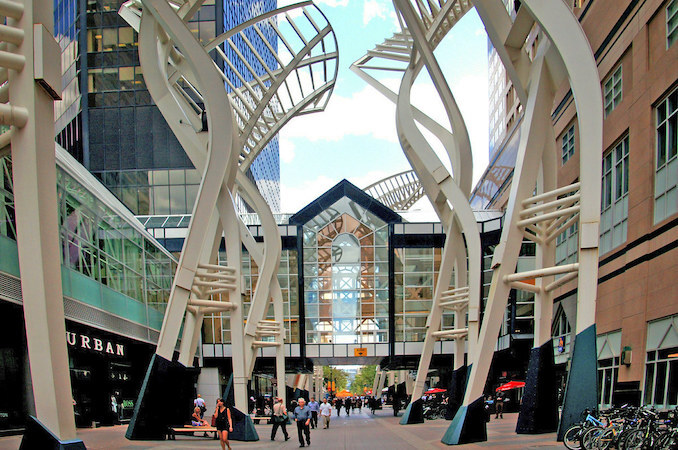 Stephen Avenue is one of Calgary’s most vibrant and historic streets. Named in 1884 after Lord Stephen, the Governor General of Canada from 1867 to 1872, Stephen Avenue was the site of Calgary’s first store and post office. The Calgary Tribune moved to the avenue in 1884, followed by the Thompson Brothers bookstore in 1893, and the Calgary Milling Company in 1902. The avenue continued to grow exponentially until the Great Depression when construction in Calgary slowed down. And then picked right back up again when the oil boom began in 1947. In 2001 a portion of Stephen Avenue was declared a national historic site.

The Future of Stephen Avenue Project kicked off with a public realm study in 2019 with provided city planners with a roadmap for repositioning and restructuring the avenue. Currently in the activate and experiment phase of the project, testing is underway on the following pilot concepts: 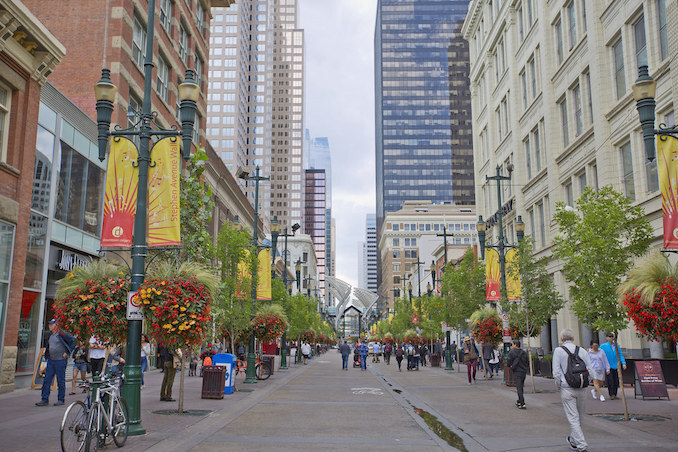 Upon receipt of feedback from the pilot projects, phase 3 will involve implementation into more detailed and permanent designs. Stated goals of the project include:

See full details and provide feedback on the Future of Stephen Avenue Project plans to date at the City of Calgary website.