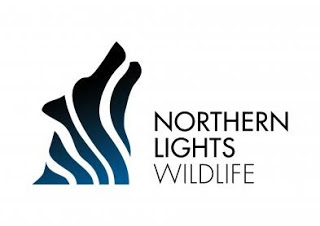 Wolves are one of the most controversial animals in North America. Depicted as uncontrollable bloodthirsty man-eaters, wolves have long carried a negative stigma. Children’s stories such as, The Three Little Pigs, Little Red Riding Hood, and Peter and the Wolf portray wolves as dangerous, untrustworthy, and downright bad. The topic of wolves is a hot-button issue in Western Canada with groups markedly divided on the issue. Some view the wolf as vermin that should be extirpated from the landscape, while others see them as the epitome of the wilderness; a symbol of untamed places. A third opinion regards wolves as keystone species, indicators of healthy, functioning ecosystems, of which they are the tops of the food chain. So what should you believe? Are they really mindless killers that will attack anything that moves or are they misunderstood beings that go to great lengths to avoid encounters with humans? To help sort out some of the obscurities that surround this mysterious creature look no further than the Northern Lights Wolf Centre near Golden, British Columbia.

Casey and Shelley Black started the centre in 1998 by adopting Aspen, a Husky/Wolf cross. The centre officially opened its doors to the public in the summer of 2002 and since that time the Black’s have been providing educational experiences to people of all ages from across the globe. Their mission is to support conservation initiatives through education and they believe that large carnivores, like bears and wolves, play a valuable role in the natural world.

The Black’s currently have eight wolves in their pack; Wiley, Maya, Scrappy Dave, Flora, Moab, Keehta, Moki, and Mack. The wolves are a mix of pure Grey Wolf and hybrids, which are wolf/dog crosses. Aspen, the Black’s first pup, and Tuk, another adopted wolf have both passed away and are greatly missed by their pack mates. All of the wolves were born and bred in captivity and none are candidates to be released into the wild. They reside in a two acre enclosure and are exercised off-leash on a regular basis. Daily interpretive talks take place right at the fence, so visitors are able to see live wolves up-close. The wolves have been imprinted, also known as socialized, from a very young age, which allows them to be used for photography and education because people do not make them nervous. This imprinting allows them to be used as ambassadors for their wild cousins. A number of the Black’s wolves have visited schools across the British Columbia interior and southern Alberta. The wolf presentations are tailored to different age groups and have been designed to match specific curriculum objectives.

One of the most unique opportunities offered by the Black’s is through their Blackwolf Photography program. Paying guests are given the chance to go for a walk with real live wolves in the wild! Working between two handlers, the wolves are walked off-leash in a wilderness setting near the centre. This remarkable experience offers photographers, both professional and amateur alike, the rare opportunity to photograph wolves without a fence between them. It was through the Blackwolf Photography program that I came to know the Wolf Centre. My wife, knowing my fascination with wolves, decided to purchase the photography package for my birthday several years ago. The adrenaline was running pretty high when we discovered that there would be two wolves, Aspen and Wiley, accompanying us on our nature walk. There was never any aggression displayed towards us from either wolf, in fact it was eerily similar to going for a walk with domestic dogs. They were playful, exploring the many scents, and marking their territory throughout the session. Any anxiety we had at the beginning quickly vanished and were left with a thrilling experience that will last a lifetime.

If you ever find yourself in the Golden area, take the time to visit the Northern Lights Wildlife Wolf Centre. You’ll most likely learn a few new things about wolves or, at the very least, leave with some great photographs. Who knows, after one visit your whole perception of wolves might be changed forever.

Legend of the White Bison

Bison were essential to the survival of many First Nation people, especially those of the plains and woodlands in present-day Alberta. Many groups were nomadic, following the enormous bison herds as they grazed their way […]

For many Calgarians outdoor recreation is part of who we are. We are extremely fortunate that the Rocky Mountains are only a short drive away, so we make the trek nearly every weekend, but if […]

For those of you that have been following this series, you’ll likely remember a story I posted back in November that detailed the work of Rescue Specialists with Kananaskis Public Safety (KPS). For that piece […]