Mitch Belot entertains with his swampy story telling style and modern rock flare. He hooks audiences with his powerful, smoky voice, and gets them on their feet by incorporating fast tempos and heavy grooves. While he is first and foremost a humble student of the blues, Mitch Belot adds a taste of rock to the naturally ear pleasing sound that permeates his repertoire. 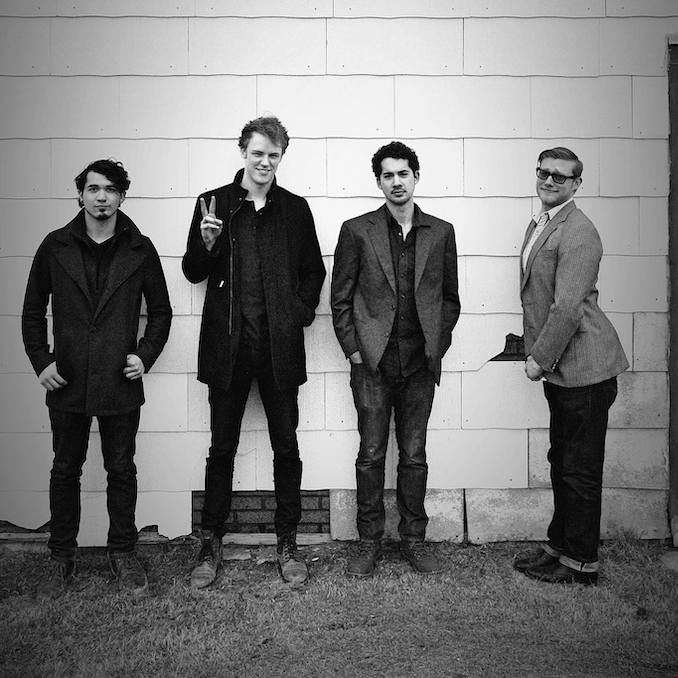 Mitch Belot, along with the rest of the band including, Vincent Bundick (Guitar), Nick Goodman (Bass) and Dyllan Goodman (Drums), consistently aim to create a memorable and fun atmosphere every time they hit the stage. Now in their 3rd year together, they easily come together to put forth a very cool and interesting new sound that grabs the audience’s attention right away.

Mitch Belot and his band have performed throughout Canada showcasing their talents and entertaining the masses. They have taken part in the NXNE festival in Toronto where they on the list of top 100 acts to see during the festival and played festivals like Canadian Music Week and Juno Fest. They have also supported other successful bands including Trooper, Michael Bernard Fitzgerald, and The Harpoonist and the Axe Murderer.

Mitch Belot is an artist filled with excitement and potential. He will always be connected to music, whether that means playing in front of crowds of thousands the world over, or staying close to home and opening his own guitar shop. For now, Mitch just wants to be heard so that he can bring bluesy happiness to all who listen.

Favourite band as a teenager: Hoobastank

Everybody Got Somebody But Me – Hunter Hayes

We just played the Big Winter Classic on Jan 24th.

Vintage Photos of Snowshoeing from across Alberta

Snowshoes are used to displace your weight on snow, making foot travel possible during the winter months. It’s almost as though you’re floating on top of the snow, instead of sinking into it. Some animals, […]

“A Day in the Life” with actor, comic & filmmaker Spencer Streichert

Spencer Streichert was just a small town boy, living in a lonely world. After a successful run at bull riding that ended with a bull successfully jumping on his face, he decided to pursue different […]