Calgary, Alberta, August 2009. A group of strangers reply to an ad on Craigslist for musicians to ‘improvise funk, afrobeat and reggae grooves’. At some point in the jam session, one of the drummers says ‘let’s go on a parade’. And like that, Freak Motif was born. Playing their instruments down 17th Ave downtown Calgary one Wednesday night, improvising, bringing anyone along for the ride who wanted to join.

The Freaks began to perform sets of all improvised music, building a following in the Calgary region for their heavy danceable grooves, unique spontaneous energy and collaborations with singers, breakdancers and visual artists.

Their first album, LA CASA BLANCA, was released in 2012. To keep the feeling of their live shows, many of the tracks were written, arranged and recorded in the same session. An EP, a limited edition 7″ single, and hundreds of shows later, the 10-piece band is now celebrating the release of their second full length album. HOT PLATE, released on their own label 9×9 Productions, was CJSW’s #1 hiphop album of 2018 and charted top 10 nationwide. 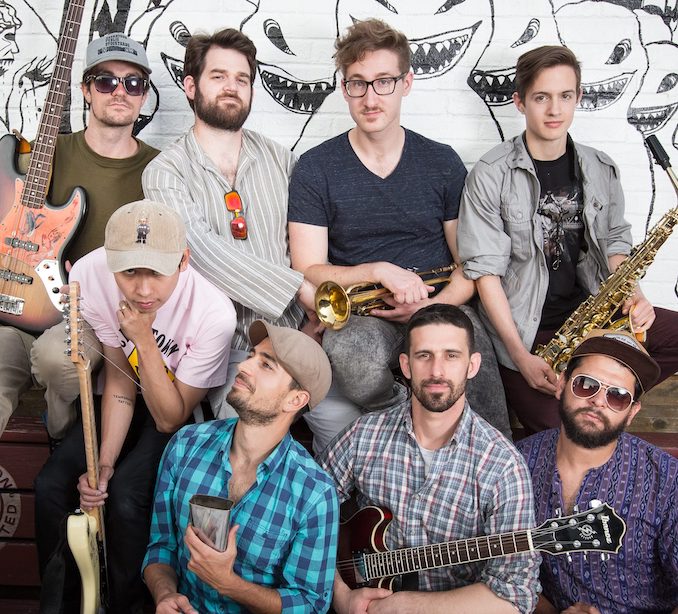 Night time is the right time