Brettyn Rose is a country-pop artist with music rooted in an acoustic aesthetic, weaved with honest lyrics, powerful vocals, and a hint of pop sparkle. The Calgary, Alberta based singer-songwriter demonstrates all these traits in her latest single, “But I Do.” “This is probably my most vulnerable and heartfelt song to date,” says Rose, “It’s about the feeling of caring about someone, more than you should, even after they are no longer a part of your everyday life.” For this release, and past releases, Rose teamed up with producer and JUNO Award winner, Mike Little (Black Mountain Whiskey Rebellion, Road Hammers) and his partner Candace Lacina (Shania Twain, George Canyon) in their home studio, the Legion Lounge (Calgary, AB).

Her debut single “Running Out of Borrowed Time”, (April 2019), has earned Rose two YYC Music Award nominations: Country Recording of the Year and the Zackariah and the Prophets Memorial Award which is given to an emerging artist working toward progressing and developing their career. Rose’s follow-up single “All I Want Is You” (February 2020) received national airplay, including Sirius XM CBC Country, and reached #9 on the Native Communications Inc. FM Indigenous Music Countdown.

The Okotoks, Alberta native is also developing her career through live performances, such as showcasing during Canadian Country Music Week (2019) and competing in the Calgary Stampede Talent Search (2019) and being invited to participate in Canada’s Music Incubator’s professional development program, Artist Entrepreneur (2020). 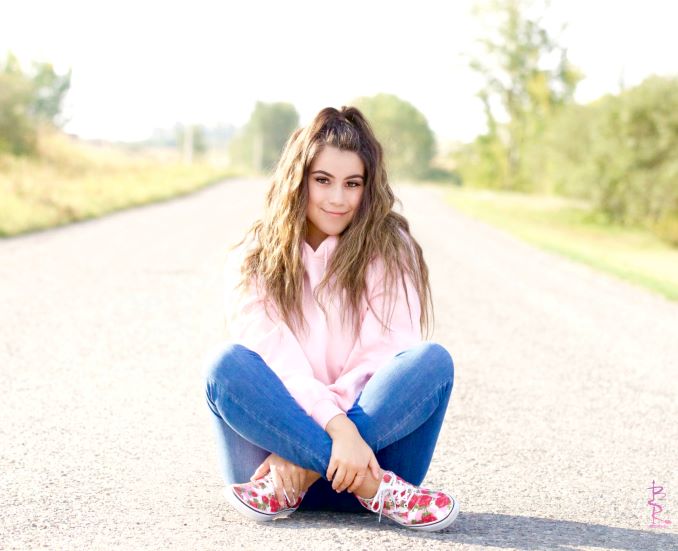 Smugglers! They have the best Mud Pie in YYC! My favourite!

“I Want To Break Free” – Queen

I always carry a piece of raw ruby and rose quartz crystal in my pocket!

LP! I feel like artists are able to share more stories and experiences on a full length album!

Early bird – the mornings are my favourite part of the day!

Studio! I love the creative space and energy of being in the studio with other musicians.

New lyric video for “All I Want Is You” to be released very soon!