Lÿnx is a Hard Rock/ Glam Metal band hailing from Calgary, Canada. Their sound is highly inspired by classic rock & 80s rock. During the 2020 pandemic, the band was formed by former vocalist Lazer Wild and lead guitarist Blade. Soon after, bassist Fangs and drummer Flash joined and Lÿnx was formed. The band is currently fronted by Ja6ur on vocals, Blade on guitar, Fangs on bass and Flash on drums/percussion.

Connected by a shared love of 80s hair metal and hard rock, the band immediately set about writing original songs that embody the style and swagger of the past, while embracing the polished production and down-to-earth grit of their modern rock influences.

Lÿnx released their debut self-titled EP in February 2021 followed up by their second EP titled ‘Long Live Rock N Roll’ in September 2021 with Bullzhorn Records. Since their releases, the band has gained popularity through various reviews on different media platforms in Europe, Australia and North America. Having gained a reputation for their anthemic choruses, sizzling guitar solos and powerhouse vocals, Lÿnx has garnered a dedicated and eclectic international fan base.

The band has hit the stages with high energy and connected with their audiences through the love of Rock N Roll. The band aims to build on the momentum created by their released music and push their sound into even more extreme levels of Rock N Roll. 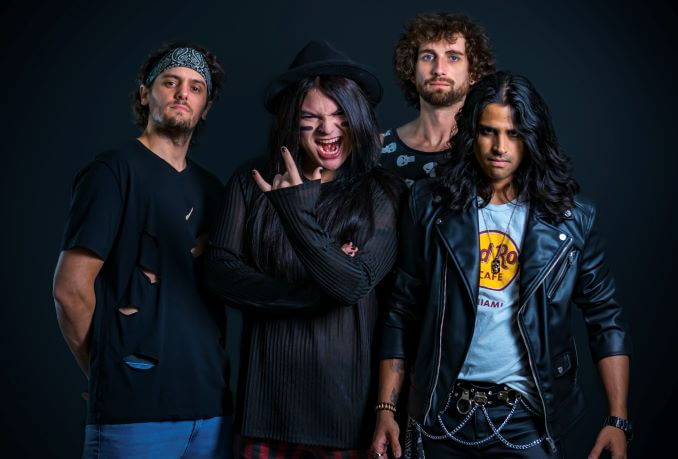 One shot of Dark Rum or Vodka

LP all the way

We have shows booked all around Alberta and in BC. Also, we’re working on our next album “Claws out” which will be releasing sometime in 2023.

Favourite Street in your city:

Favourite Park in your city:

Heritage Park – The best place to get the full scope of the history of this amazing city.

With an amazing walking trail, Gasoline Alley Museum, and Historical village it really is a must-go-to enjoy a beautiful day in the city.

Vern’s Pub is a must-play for any band coming from, or through Calgary. Clint’s dedication to the local music scene is unmatched and we love everything time that we get to play there.

Melodiya Records, Turn it up! Records & Hi-Fi if you are a record collector these are must-visit places to add to your collection.

RAVENOUS E.H. was forged in the spring of 2016 as the brainchild of vocalist R. A. Voltaire with the goal of blending influences from Thrash, Power, Black, and Progressive Metal into heroic Heavy Metal anthems. […]

Falcotron is a hard rock band out of Calgary, Canada.Formed in 2018 by brothers Patrick and Edmund Saulnier. Their goal? To write rock’n’roll that’s fun, groovy, and undoubtedly heavy. With influences ranging from Stoner Rock […]