Quit It! formed in 2020 when members of River Jacks set out to transition from their folk punk roots to a harder sound manifested by recent events. In a year that brought civil unrest on a global scale, the band has elevated its message to new heights.

Their music is hard-nosed, anthemic punk rock that gets your feet moving. All four members contribute lyric and vocal duties, and with their social message at the forefront of the writing process, they provide heart-pumping rock by committee.

Coming from DIY touring backgrounds, all four band members have been travelling Canada consistently throughout their careers and have built strong fanbases from coast to coast. The relationships they have enjoyed across the country have only proved to solidify their drive to write heartfelt content.

Quit It! recorded their debut self-titled EP with Jesse Gander at Rain City Recorders (Vancouver) and released it digitally on December 11th. Wasted Wax Records is set to release the vinyl by early 2021. Keep your ear to the ground, Quit It! is coming in hot! 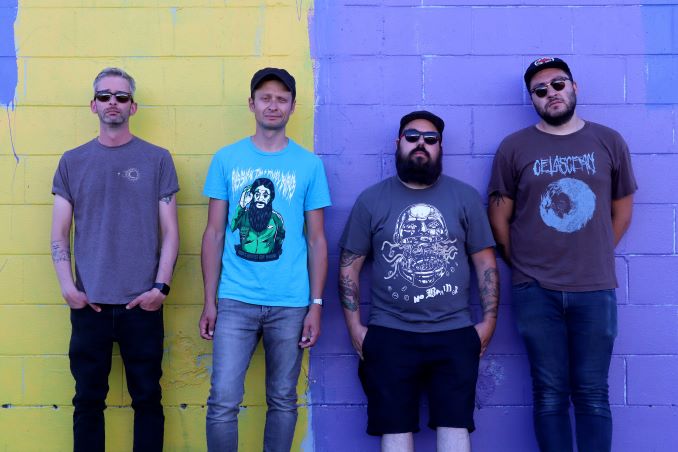 I make it a ritual to try my hardest not to mess up.

So many! That’s unfair! Too many to choose just one. Shiverettes, Harsh, No More Moments, No Brainer, Rifle County Players to name a few.

Both have their strengths! LP tho.

They say that the best ideas come after 2 am.

Gotta say the road. The studio is a wonderful and creative space, but nothing beats the adventure of the Highway 1.

Unfortunately not with current restrictions. We’ll be hitting the ground running as soon as the coast is clear!