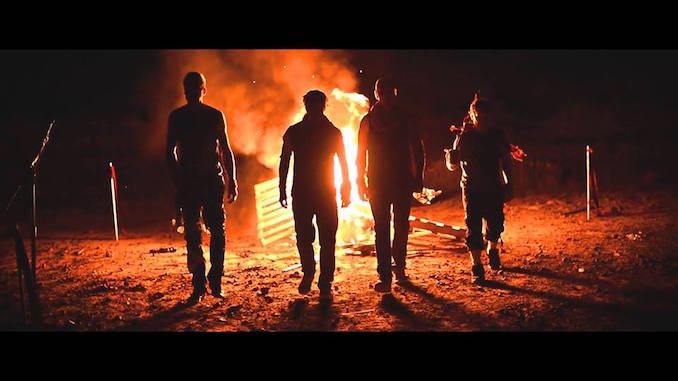 Coming out of Edmonton Alberta Canada, All Else Fails is making a mark around the world for their aggressively dark brand of metal that is breaking the traditional ideals of their genre. The band infuses their music with a variety of elements that includes experimental, Classical, synth lines, and spoken word sampling to accent a unique blend of heavy as hell screams and shiver inducing clean vocals.

The band’s last release received world wide praise from industry publications around the world. With the release of the band’s music video “This Burden of Life” in the fall of 2012, and its addition to rotation on Canada’s Much Music, All Else Fails’ fan base expanded dramatically. Their 2013 release, “Fucktropolis” garnered 2 Canadian Metal Recording of the Year awards and paved the way for the February 2017 release of their 5th album “The Forever Lie”. Heavy with a dark beauty, this highly anticipated new album, places All Else Fails among the best in their genre.

try not to get too drunk to play

For more information, please visit the All Else Fails page.

Setting the bar high with their debut record Condition (2017), Trench paved themselves a notably unique lane in both hardcore and nu-metal genres. Not stopping there and taking their sound to even further extremes, The […]