Canadians love sports betting as a pastime activity and a way to win free cash if you’re lucky. The practice has grown in recent years, with the peak being 2011 when the market value of the Canadian gambling industry hit $16.09 billion. However, before you begin betting in Canada, you need to know which sports are famous for betting in the country. You also need to understand why they are popular and the best way to approach them when placing bets. If you are green in this area, worry not. This read will give you a comprehensive analysis of everything you need to know about the most popular sports that Canadians love to bet on. Stay tuned! 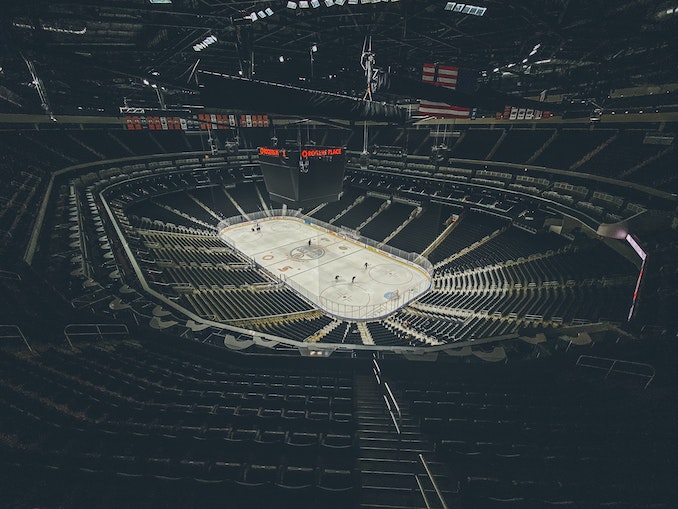 Ice hockey, or simply hockey as it is known in Canada, is the country’s most famous winter sport, most prevalent spectator sport, and most triumphant sport in international competitions. The modern form of ice hockey started in the 19th century and quickly became a favorite among Canadians. At first, the main participants of the game were women, men, and children before the sport started gravitating towards men. The Stanley Cup, a trophy awarded to the National Hockey League (NHL) playoffs champions, commenced in Canada in the early 1890s. Canada also has other renowned competitions, including the Allan Cup and the Memorial Cup. Hockey Canada is in charge of ice hockey in the country. The body is a member of the International Ice Hockey Federation (IIHF), the supreme governor of ice hockey and in-line hockey globally.

Currently, Canada has over six hockey teams, including Calgary Flames, Edmonton Oilers, Montreal Canadiens, and Winnipeg Jets. The buzz surrounding hockey has spilled over to betting, with a significant number of Canadians betting on the sport. After all, ice hockey has the best media coverage. Also, nearly all sportsbooks in Canada offer the sport, with most of them amongst the best casino sites in ON that are legal in 2022. These bookies provide Canadian players with more than 1,000 betting options per event, with the main markets being Team Wins, Double Chance, Method of Victory, and Totals. With an account, Canadians can place pre-match and live hockey bets at home or on the move using sportsbooks’ mobile versions.

Lacrosse is the oldest sport in Canada and the national summer sport in the country as per the 1994 national Sports of Canada Act. The modern form of the game began in the mid-1800s, and by then, Canadians only played field lacrosse. Box lacrosse was invented in the 1930s and has remained active to date. Canadian Lacrosse Association is the national governing body of lacrosse in the country. The sole duty of the association is to conduct senior and junior national box and field lacrosse championships for both men and women. The body also played a key role in the 2003 inaugural of the World Indoor Lacrosse Championship. However, by 2018, the National Lacrosse League was one of Canada’s only remaining professional lacrosse competitions. Some of the most popular Lacrosse teams in Canada include Calgary Roughnecks, Toronto Rock, and Vancouver Warriors.

The fact that Canadians understand the ins and outs of the game has fueled its excess popularity among sports bettors. This has also increased the number of local and international sites offering lacrosse to Canadians. Betting on lacrosse is also becoming more appealing with the introduction of single-event sports betting in Manitoba. The form of betting allows you to bet on a single outcome of an event. Besides, sportsbooks in Canada cover multiple lacrosse competitions such as National Lacrosse League and Lacrosse Canada to attract punters to their sites.

Soccer is yet another popular sport among many bettors in Canada. The sport has been played in the country since 1876. In 1912, soccer was overseen by the Dominion of Canada Football Association and later the Canadian Soccer Association, which operates to date. The sport has the highest participation rate. As of 2012, Canada had approximately 1456 clubs and around 847,616 registered players. The highest level of soccer today is Major League Soccer (MLS). MLS comprises 3 Canadian teams and 25 teams from the USA. Canada also has a couple of high profile local tournaments, including The Jubilee Trophy for the senior Women’s teams and The Challenge Trophy for the senior men’s team.

The high concentration of Canadians playing soccer has translated to countless fans from different provinces and territories. This has attracted many Canadian bettors to local and international sportsbooks. However, before you start placing soccer bets in Canada, you must understand the soccer betting tricks to increase your winning chances. The learning process is similar to training how to play like a professional in online casinos. Bookies in Canada offer local and international leagues. Besides, they cover all the major events with each match having basic and complex betting markets like Both Teams to Score, Double Chance, and Totals.

Baseball has a rich history in Canada, with its first-ever documented game taking place in Beachville, Ontario, in 1938. Canada is also the nation with the oldest baseball park called Labatt Park. The Montreal Expos was the first Major League Baseball team in the country. They played until 2004 when they shifted to Washington D.C. and became the Washington Nationals. Currently, the only active Major League Baseball team in Canada is Toronto Blue Jays. The Blue Jays were the first team to win the World Series Baseball League tournament back to back in 1999 and 1993. They can be considered the team that contributed to the significant baseball fan base.

Apart from the Blue Jays, Canada has other top baseball teams, including the Canada National Baseball Team, Vancouver Canadians, Brantford Red Sox, and Trois-Rivières Aigles. Each team comprises skilled players and world-class coaches like Greg Hamilton. The competitiveness of the sport has seen different betting companies take numerous steps to increase traffic to their sites. For example, you will be thrilled to learn that Nova Scotia eliminates lifetime ban for gamblers. This approach allows baseball fans to return to betting sites and continue placing bets on different events.

Golf is a highly recognized individual sport worldwide, with Canada being one of the countries with avid golf fans and top-rated golf courses. The initial interprovincial golf match took place in 1882, sparking interest among fans and aspiring players. Golf Canada is the sole body governing the sport in the country, with more than 300,000 members. For years, Canada has produced some of the best golfers, with the most prolific figures being Brooke Hankerson, Moe Norman, Jerry Anderson, Richard Zokol, and Adam Hadwin. The competitiveness of the spot and the extensive fan base have seen top bookmakers provide punters access to golf betting services. One of the common tournaments provided by bookies includes The Canadian Open; a rich PGA tour event participated by skilled golfers.

Each bookie in Canada guarantees the best golf markets, with the main options being Outright Winner, Each-Way, and First Round Leader. These betting options also attract impressive odds, increasing your likelihood of achieving significant payouts. To enjoy golf betting and predict the next golfer to win a PGA, register for a betting account and begin placing Outright bets. When choosing the ideal bookie for golf betting, consider the bookie’s coverage of the sport, odds size, and the number of betting options provided per event.

The popularity of tennis among Canadian bettors is unrivaled. The game came into existence in the 1890s after being successful in England. Once tennis proved its potential in Canada, a national governing body called Tennis Canada was formed to work with provincial tennis associations to organize competitions, create and observe rules. Over the years, the country has produced top tennis players, such as Milos Raonic, who received the No 3 world singles ranking in 2016. Canada is also home to Bianca Vanessa Andreescu, the only woman to receive the highest world ranking in the country.

Other top tennis players that have helped increase the popularity of tennis in Canada include Aleksandra Wozniak, Félix Auger-Aliassime, Robert Farah, and Vasek Pospisil. Canadians follow local and international tennis events and also punt on top matches. The country is flooded by tennis bookies covering all major tournaments, including ATP, Canadian Tour, WTA, and Wimbledon. With such options, tennis has become one of the main sports that Canadians love to bet on online.

These are the top six sports you should consider betting on in 2022. Each sport has amazing coverage on local and international bookies with compelling odds. They also have a rich history making them relatable to Canadian punters. However, to enjoy betting on the events, you must make sure you register on top betting sites in Canada.