To the foreign onlooker, Canada has become simultaneous with a number of things. Those being snowy mountain ranges, maple syrup, bears and Robin Scherbatsky. But one other thing that goes together like two pedals of the same bike is Canada and ice hockey. 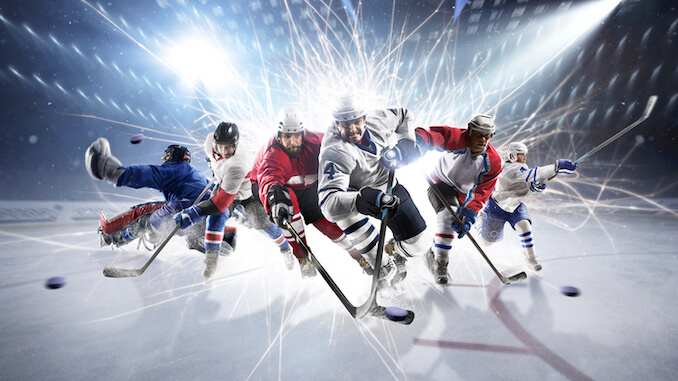 The landscape of frozen lakes has played a part in that, but it has been supercharged by generations within the same families gathering around radio or TV on a Saturday night. Not to forget Olympic gold medals for the men’s and women’s Canadian teams in 2010 and the growing culture of wanting to bet on any and every NHL fixture possible! Ice hockey has undoubtedly become part of the fabric of Canada, but is it under threat in the modern age?

Is there a threat to Canada’s ice hockey culture?

Canada is proud of its diverse and welcoming culture. But not everyone who migrates to a new country picks up an ice hockey stick. Many migrants stick to their own culture’s favourite sport, and a passion for this sport is passed down to their own children. Overall, this creates a Canadian culture that is no longer justice hockey focused. It becomes a melting pot with love for all different sports.

As the Earth gets warmer, ice melts faster and provides us with less time to play ice hockey on frozen lakes like our grandparents may have done. Although the effects of this aren’t been seen everywhere in Canada, people are starting to notice a change.

Soccer can be seen as another threat to ice hockey in Canada. The most played sport in Canada at the youth level is soccer, and this isn’t new. It’s been like this for over two decades. However, there may be reasons why soccer is being played so much by our kids. First of all, it’s very cheap to play. No expensive protection is needed, and you can even play with just two cones and a ball – or even just a ball.

Participation has caused an increase in soccer viewing figures, and this has been helped by Canadian players getting better, not least Jonathon David, currently playing in Europe and tipped for a move to the Premier League.

Despite somewhat changes to our society and love of sport, Canadians will always love ice hockey. It’s in our blood. At the same time, we may become a country with more diversity in our sporting tastes, and this can be a positive thing. It may even help us be to be more competitive and successful in international competitions, like the Summer Olympic Games.